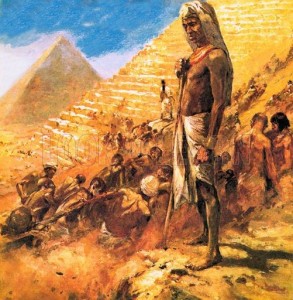 journey we have taken to reach the present day situation we have in Human Resources.

>At one time in history, defining talent was easy. It was the guy (usually) with the strongest back and stamina. If one goes back to 2500-3000 B.C. you find the construction of the great Pyramids of Egypt and the employment of people – slaves and others whose HR Manager was the big guy with a big whip as reflected in the picture below:

Moving ahead rapidly to around 300-400 B.C., we find the Vikings and their massive ships being rowed by men as their HR Manager again was the big guy with the whip. 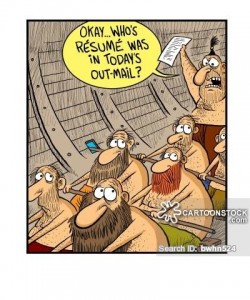 Around this time was also (starting as early as 700 B.C. but in full bloom from 400 B.C until around 100-200 A.D.), of course, the Romans, famous for their innovative and incredibly well designed and engineered construction projects across virtually all the known world. Slaves, criminals or others with greatest talent were the ones who became the Gladiators and trained to wield a sword or other weapon of death to entertain ‘management’.

Still later as in the Battle of Agincourt in France around 1350 A.D. where the British vastly outnumbered defeated the French with their talented ‘bowmen’ and ‘swordsmanship’.

Then of course there was a ad 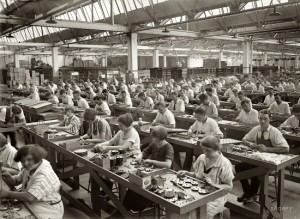 vent of the Industrial Revolution first in Britain in the late 1700’s but getting underway on large scale in the 1800’s – then spreading to America in the later 1800’s and early 1900’s. Ah, civilization! No more sword wielding. Instead even more demeaning treatment of people – again simply reaffirming management’s belief that people were a ‘tool’ to get a job done. If the ‘tool’ did not or could not work too often unrealistic expectations and demands, they simply got rid of the tool and got a new one. Again the talent was defined as those with the strong back, the stamina to work endless hours in horrid conditions while management reaped the benefit of their labours – paying them to work and not think and their work was not valued in an economic sense. 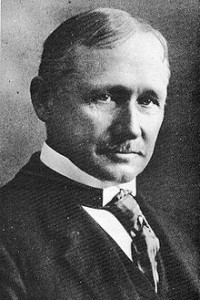 From around 1875 until 1910, an engineer by the name of Frederick Winslow Taylor came into the limelight as an individual who sought to improve industrial efficiency. In reality, it is probably safe to say that it was during this time that ‘efficiency’ became known as a ‘dirty word’ – one which struck terror in the hearts of the workforce as it almost always meant working harder and faster or being laid off. Here is a picture of Frederick Taylor (to the right).

He wrote his well-known book, ‘The Principles of Scientific Management’ in 1911 and in this book he proposed a number of revolutionary work practises, management systems and procedures which were designed to extract the maximum efficiency from industrial activity and the people engaged in those activities. The unfortunate fact is that this somewhat misguided ideas have, as Gray Hamel, noted ‘thought leader’ and authour of ‘What Comes Next’ has said have continued to haunt the industrial community for over 100 years (which, by the way brings us today) – no one really questioning why we continue using the principles laid out by Taylor. No one looking to change the approach to a more humanistic – more people centric approach. Management was content that things were as they should be. People are paid to do a job and that’s it. Do the job and you keep your job. Fail to do the job and out you go. It was simple. Those that were good at what they did – the talented ones were given more until they burned out and when they did, out they went as well.

One of the most frequently told stories was that of the Western Electric Hawthorne Works in Cicero, Illinois which was at its zenith in 1925. Again, in the interest of increasing productivity (which replaced the word efficiency when applied to people and sounded less threatening but wasn’t), plan management commissioned studies to see how variations in lighting and temperature affected output of workers.  They found that by improving lighting and temperature to a more comfortable level, worker productivity soared. They also tried things like giving employees two 5 minute breaks. Everything they did had a positive influence on productivity. Why? Well here is where the concept of the ‘Hawthorne Effect’ came into existence. The fact of the matter was that productivity increased because from an employee perspective they perceived that someone was taking an interest in them – that

someone cared about them even though they didn’t. As a result of this perception it made them happier and they worked a little bit harder and faster. Here is a picture of the plant in 1925 (to the right).

Well as you can see things related to Human Resources were starting to pick up steam. In the 1930’s two of the largest construction projects in America took place – the San Francisco Bay Bridge was built and so was the Empire State Building in New York City. I’ll focus on the Empire State Building. This structure, over 1000 feet tall, the tallest building in the world for many years, was built in one year and under budget. For the first time, management saw, although they did not really recognise it, the introduction of ‘teamwork’ and the ‘bonding’ of people who work together and often have their lives at risk and so depend upon each other in a special way. You will remember many of the famous pictures like the one below: 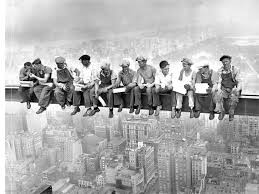 In 1973, Dr. Marra went to work in Worldwide Product Planning Staff at the General Motors (GM) Headquarters on West Grand Boulevard in Detroit, Michigan. At that time, the biggest problem GM had was knowing what to do with all the money coming in the front door. That year they had sold 11.5 million cars and light trucks and had 51% market share. Their feeling was that the Japanese were insignificant and would never be a threat. They were the undisputed automotive experts and the market bought anything they built.

Internally, the culture was nothing short of Draconian in nature. Fear and intimidation ruled the work environment – in the Head Office as well as the factories. There were 450,000 employees at the time. The UAW (United Auto Workers) Union was at constant war with GM Management. People were treated as one step above office furniture. You were told that if you were not prepared to step on people and elbow them aside, you would never be successful in General Motors. At the same time they expected ‘yes’ men (few women to be found at that time, building cars was man’s work) – those who, when their boss ‘do this’, you just shook your head yes and went off and did it. You were paid to work, not to think. If you had a new idea, you were told, ‘It won’t work here’ or ‘We already tried that’ or simply. ‘That’s a stupid idea’. Then in November of 1973 the Arab Oil Embargo hit – a true ‘black swan’ and GM being unable to shift so many toxic paradigms began their downward spiral to having to be bailed out by the government and becoming a shadow of its former self.

Unfortunately, little in the way of advancements were made in the field of ‘Personnel’ until almost 1980.  Read part 2 here.

The Power of Trust!
Standardization or Adaptation?