Interested in Digital Strategy in Q4 2020? Download our FREE whitepaper on this topic. This is an exclusive promotion being run on LinkedIn.

DOWNLOAD FLEVY TOOLS.
Purchase for $199 Get our PowerPoint plugin for FREE for a limited time. 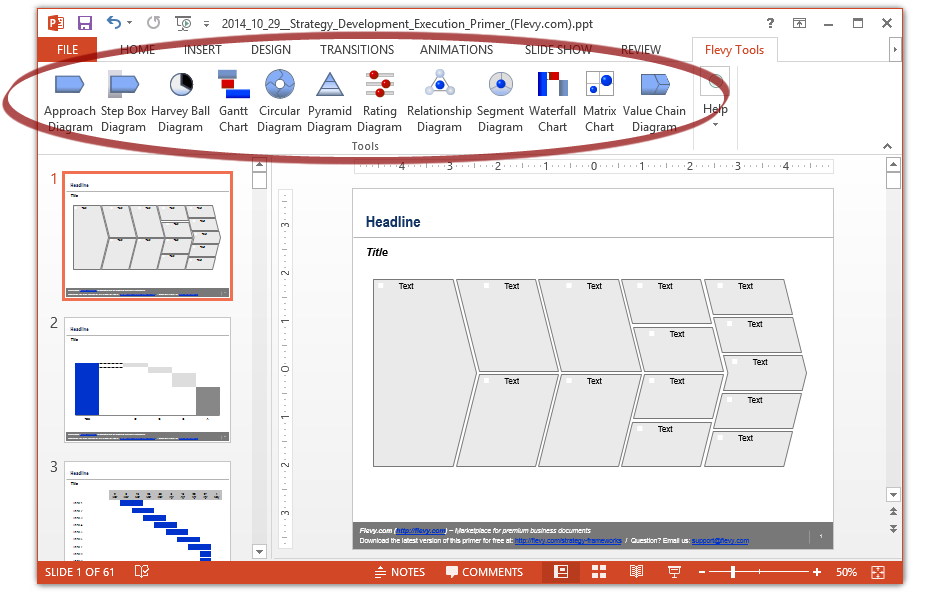 As of March 2015, Flevy Tools has been downloaded over 25,000+ times by PowerPoint users from around the world.

We are offering Flevy Tools to you as a complimentary product, as an introduction to our young organization, Flevy. This is a limited time offer. We have previously sold Flevy Tools for $199. If you find value in Flevy Tools and wish to pay the full price, you can do so here. You can also support us by telling others about Flevy Tools!

SHARE FLEVY TOOLS WITH OTHERS!
Become your organization's resident expert on...
Interested in something else? Browse our 350+ Business Toolkits of best practices, each focused on a specific management topic.