If You Don’t Prioritize Your Life, Someone Else Will

Contributed by Greg McKeown on April 17, 2014 in Corporate Communications 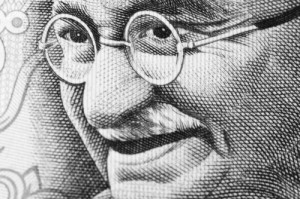 “A ‘no’ uttered from the deepest conviction is better than a ‘yes’ merely uttered to please, or worse, to avoid trouble.” So said Mahatma Gandhi, and we all know how his conviction played out on the world stage. But what is less well known is how this same discipline played out privately with his own grandson, Arun Gandhi.

Arun grew up in South Africa. When he was a young boy, he was beaten up twice: once for being too white and once for being too black. Still angry, Arun was sent to spend time with his grandfather. In an interview with Arun, he told me that his grandfather was in demand from many important people, yet he still prioritized his grandson, spending an hour a day for 18 months just listening to Arun. It proved to be a turning point in Arun’s life.

I had the opportunity to apply Gandhi’s example of prioritization to my own life, hours before one of my daughters was born. I felt pressure to go to a client meeting the next day. But on this occasion, I knew what to do. It was clearly a time to be there for my wife and child. So, when asked to attend the meeting, I said with all the conviction I could muster…

To my shame, while my wife lay in the hospital with my hours-old baby, I went to the meeting. Afterward, my manager said, “The client will respect you for making the decision to be here.” But the look on the clients’ faces mirrored how I felt. What was I doing there?! I had not lived true to Gandhi’s saying. I had said “yes” to please.

As it turned out, exactly nothing came of the client meeting. And even if the client had respected my choice, and key business opportunities had resulted, I would still have struck a fool’s bargain. My wife supported me and trusted me to make the right choice under the circumstances, and I had opted to deprioritize her and my child.

Why did I do it? I have two confessions:

First, I allowed social awkwardness to trump making the right decision. I wasn’t forced to attend the meeting. Instead, I was so anxious to please that even awkward silent pauses on the phone were too much for me. In order to stop the social pain, I said “yes” when I knew the answer should be “no.”

Second, I believed that “I had to make this work.” Logically, I knew I had a choice, but emotionally, I felt that I had no choice. That one corrupted assumption psychologically removed many of the actual choices available to me.

What can you do to avoid the mistake of saying “yes” when you know the answer should be “no”?

First, separate the decision from the relationship. Sometimes these seem so interconnected, we forget there are two different questions we need to answer. By deliberately dividing these questions, we can make a more conscious choice. Answer the question, “What is the right decision?” and then “How can I communicate this as kindly as possible?”

Second, watch your language. Every time we say, “I have to take this call” or “I have to send this piece of work off” or “I have to go to this client meeting,” we are assuming that previous commitments are nonnegotiable. Every time you use the phrase “I have to” over the next week, stop and replace it with “I choose to.” It can feel a little odd at first — and in some cases it can even be gut-wrenching (if we are choosing the wrong priority). But ultimately, using this language reminds us that we are making choices, which enables us to make adifferent choice.

Saying “yes” when we should be saying “no” can seem like a small thing in the moment. But over time, such compromises can create a life of regrets. Indeed, an Australian nurse named Bronnie Ware, who cared for people in the last 12 weeks of their lives, recorded the most often-discussed regrets. At the top of the list: “I wish I’d had the courage to live a life true to myself, not the life others expected of me.”

I have a vision of people everywhere having the courage to live a life true to themselves instead of the life others expect of them.

To harness the courage we need to get on the right path, it pays to reflect on how short life really is, and what we want to accomplish in the little time we have left. As poet Mary Oliver wrote: “Tell me, what is it you plan to do with your one wild and precious life?”

I challenge you to be wiser than I was on the day of my daughter’s birth. I have great confidence in the good that can come from such a decision.

Years from now when you are on your death bed you may still have regrets. But seeking the way of the Essentialist is unlikely to be one of them. What would you trade then to be back here now for one chance—this chance—to be true to yourself? On that day what will you hope you decided to do on this one?

Greg McKeown is a powerful listener, social innovator, inspirational speaker and the author of the "Essentialism: The Disciplined Pursuit of Less." He is an accomplished public speaker. He regularly speaks to business communities, giving dozens of speeches per year. He has spoken at companies including Apple, Facebook, Google, LinkedIn, Salesforce.com, and Twitter and organizations including SXSW, Stanford University and the World Economic Forum.
View all posts by Greg McKeown →

Let’s Be Honest, Do You Run Effective Meetings?
13 Modules to Maximize Performance Improvement and Cost Reduction