“One picture is worth a thousand words.” 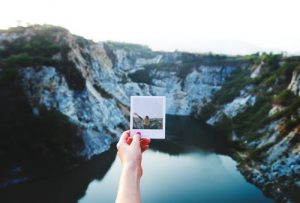 How can sponsors and change practitioners create a picture of sponsorship?

The sponsor holds a critical role in every change initiative. There is ample research that shows the importance of the role and the positive impact that sponsorship has on change success and staff engagement. The impact of the role, the critical activities that need to be performed and the duration that sponsors need to be engaged make it essential that sponsors are aware of how they show up. A simple curve can provide a representation of sponsorship that sponsors can use to assess themselves and change agents can use to hold meaningful conversations with their sponsor.

Components of a sponsorship curve

Sponsorship is not a new concept. While many descriptions are available, Daryl Conner clearly articulates the role with the simple statement “the sponsor legitimizes the change”. In his blog, Essential Truths about Sponsorship, Conner goes on to say that sponsors can take two actions to position a change for success: communicate the change to the target group and impose consequences (positive and negative implications for the way targets support the change).

Sponsors demonstrate these actions through their behaviors. These actions can be difficult because it takes tough conversations and decisions to drive consequences. Another difficulty is the duration of the role. To be successful, sponsors need to communicate the change throughout the duration of the change initiative — not just the kick off meeting and at go-live. The same holds true for driving consequences.

You can build your own sponsorship curve based on these two elements: demonstrated behaviors and time.

Behaviors are communication and consequences, both positive and negative.

Time is the duration of the change initiative.

Together, a simple line chart captures how a sponsor shows up over the course of an initiative. The height of the sponsorship curve is determined by demonstrated behaviors.

When plotted over time, sponsorship level shifts based on demonstrated behaviors. For example, if a sponsor stops driving consequences (positive or negative), their level of sponsorship drops.

Users have a lot of autonomy and flexibility with defining demonstrated behaviors (the height of the sponsorship curve). Both terms, communication and consequences can be a bit vague and are vulnerable to unexplained assumptions. Spend some time early in a change initiative to get clarity on what are the expectations of the person in the sponsor role. Those expectations can be used to further define or clarify what drives the height of the sponsorship curve and what the team considers worth measuring for each change. The use of the curve drives this important initial conversation between the change team and sponsor. The result is clearer expectations and a measurement device that sponsors and change agents can use throughout the change initiative.

Here are a few examples of sponsorship curves.

Here is the shiny object curve. This sponsor’s behaviors come up to speed and are fully engaged early in the initiative. Then the sponsor gets distracted by other priorities. Sponsorship slips and remains nearly non-existent throughout the remainder of the initiative.

Here is the full steam ahead sponsorship curve. This sponsor is fully engaged from project start to project completion and realization.

Above is the all too common bimodal sponsorship curve. This sponsor is full on at project start and at the final launch, with sponsorship falling away in the middle of the initiative. A more extreme version of the bimodal curve is the two-dot sponsorship style. Here the sponsor makes the kick off meeting only, and the launch party. While rare, this does exist today.

Finally, here is the halfway-there curve. This sponsor communicates frequently, but does not drive any consequences, positive or negative.

Why a sponsorship curve is important

Why is this important? Sponsorship is a component of success and is an important driver for staff engagement. Sponsors are visible to employees, and make employees care about the initiative. Sponsorship level is an indicator of how staff will engage with the change. Here is an observation to make the point.

On a recent change project, the change team tracked target audience engagement via training session attendance along with the sponsor’s activities of communication, driving rewards for staff engaging with the change and delivering reprimands when staff did not engage with the change. Below are the results.

It is clear there is something going on here. Staff activity tracks with sponsorship level. The peak in the sponsorship curve and the staff activity curve is when the sponsor informed staff he expected them to take the training sessions that explained the change. Then the sponsor stopped requiring engagement by the staff. Shortly afterward, staff participation in the training sessions dropped and remained low. At the time of the initiative’s close, the sponsor was communicating key messages, and had stopped rewards and reprimands. By the end of the initiative, less than half of the target audience was involved in change training activities. This was not a successful initiative.

Please note the above was not performed as a scientific experiment. The change team did not have a control group and an experimental group. Other variables were not held constant. It is data from a set of observations. But if you are in the camp that believes sponsorship has an impact on staff engagement, then this data more than hints at that relationship.

Here is a challenge to sponsors and change teams. Agree to measure and trend sponsorship over the course of your current change initiative. Look for the impact on staff engaged with the change. Have an honest discussion on sponsorship using the sponsorship curve. Based on what you are observing and measuring, what is the level of your sponsorship? Make changes to ensure success for your change initiative and engagement of your staff.

John Pryor is an accomplished Change Management leader and host of Change-Corner.com. He has spent the last 12 years leading and consulting on organizational change on a global level. You can connect with John through LinkedIn or through his website Change-Corner.com.
View all posts by John Pryor →