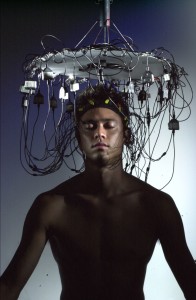 How can you change the behavior of your customers?   Try the Theory of Planned Behavior.

The Theory of Planned Behavior (TPB) is an established behavioral psychological theory that links beliefs and behavior. It was developed by Icek Ajzen in 1985 and since been applied to studies of the relations among beliefs, attitudes, behavioral intentions, and behaviors in various aspects of business, such as marketing, public relations, and advertising campaigns; and across numerous industries.  TPB has also improved the predictability of intention in various health-related fields, such as condom use, leisure, exercise, diet, etc.

TPB provides a model for understanding how we can change the behavior of people–such as our target customers, our business partners, our management team, our employees, key stakeholders, etc. It is a theory which predicts deliberate behavior, because behavior can be planned.

According to TPB, human behavior is guided by 3 kinds of considerations:

In their respective aggregates, “behavioral beliefs” produce a favorable or unfavorable “attitude toward the behavior;” “normative beliefs” result in “subjective norm;” and “control beliefs” gives rise to “perceived behavioral control.”   Attitude toward behavior, subjective norm, and perceived behavioral control together shape an individual’s intentions and behaviors.  The diagram below provides a visualization of TBP and all its components.

Intentional is an indication of an individual’s readiness to perform a given behavior. It is assumed to be an immediate antecedent of behavior.

Intention is based on attitude toward the behavior, subjective norm, and perceived behavioral control, with each predictor weighted for its importance in relation to the behavior and population of interest.

In general, the more favorable the attitude toward behavior and subjective norm and the greater the perceived behavioral control, the stronger the person’s intention to perform the behavior in question should be.  Therefore, given a sufficient degree of actual control over the behavior, people are expected to carry out their intentions when the opportunity arises.

Are you a management consultant?  You can download this and hundreds of other consulting frameworks and consulting training guides from the FlevyPro library.

It is important to be aware that TPB does have some limitations, such as:

So, how do you plan to leverage the Theory of Planned Behavior in your work?

You can download an editable PowerPoint about the Theory of Planned Behavior here on the Flevy documents marketplace.

David Tang is an entrepreneur and management consultant. His current focus is Flevy, the marketplace for business best practices (e.g. frameworks & methodologies, presentation templates, financial models). Prior to Flevy, David worked as a management consultant for 8 years. His consulting experience spans corporate strategy, marketing, operations, change management, and IT; both domestic and international (EMEA + APAC). Industries served include Media & Entertainment, Telecommunications, Consumer Products/Retail, High-Tech, Life Sciences, and Business Services. You can connect with David here on LinkedIn.
View all posts by David Tang →