The Natural Evolution of Things (Part 3)

Editor’s Note: The Natural Evolution of Things is an in-depth is a 5-part series that describes 13 the catalysts of Organizational Change and Competitiveness, based on the theme of Michael Porter’s Five Forces. To read the full series, take a look at the author’s profile page found here.

Achievement of a Clear, Inspiring Vision and Alignment of the Organization Around it 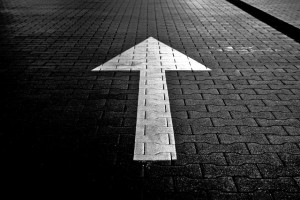 It has been said, and rightful so, that ‘if you don’t know where you are going, any road will get you there.’ The vision of an organization should be the destination an organization desires to reach more than any other within a specified timeframe. Let’s take a simple example. Would the Captain of a commercial airline dare to leave the Gate of Heathrow if he or she did not know the destination? Of course not. It is no different with senior executives and their organization.

In fact, during in-depth in-person research with CEO’s and Managing Directors of organizations in Western Europe such as Hewlett-Packard, Bombardier and many others, Dr. Marra explored what he refers to as ‘The Dark Side of Leadership’. His focus was on determining, from CEO’s and Managing Directors themselves, what they considered to be the 7 most lethal behaviours and practices of senior management – the ones which if allowed to run unchecked could either eventually destroy an organization or at best doom it to a life of mediocre performance, nothing more. The most deadly practice they said was ‘lack of vision and alignment of the organization around the vision’. And when we say ‘vision’ we mean ‘visionary’ – reaching, stretching the organization – creating something that acts as an inspiring rallying cry around which people throughout the organization – every level, every function want to get behind and support right through to its achievement. That’s really what alignment is all about – getting everyone in the organization focused on a common purpose – not going off in whatever direction they think might be best or what might be best for their functional silo, but rather for the organization as a whole – a holistic view and then letting them know how they can contribute and giving them the capability (investing in them) to make that contribution in the best possible and most creative way – to be the best they can be.

Let me give you a simple example with an organization I deeply respect, but, in my opinion, has faltered in recent times namely Sony. Originally Sony developed the core competency of ‘miniturisation’ which allowed them to build the Walkman and other smaller than ever seen before convenient consumer electronic devices. If I had been the recent CEO of Sony, my vision would have been as follows: ‘Sony will become the global leader in utilising nanotechnology in consumer electronic products integrated with artificial intelligence to make products which benefit society and mankind’ WOW! Talk about putting wind beneath the wings of its people! Whew, is that exciting! Unfortunately the boat sailed before Sony got on board. Disappointing to say the least.

What is called for is a best practice or leading-edge ‘sensing’ system or strategic information architecture    which allows you to identify patterns as they are developing – literally see dots and connect them before others do, be proactive in detecting emerging trends, be sensitive to changing requirements and competitive movements all of which could affect what you do and how you do it in the near-term if not the long-term. Without such a system forget about being ‘agile’ as this is a critical success factor for agility. Forget about assessing risk fast enough make an optimal decision. Be prepared for a huge cost of lost opportunity associated with decision making in your organization as decisions are made too late, based on incomplete information or information which is not timely all of which result  in a situation where the decision you ultimately make has far less impact than desired. Add to this the fact that often those making the decisions have had little learning and development on how to make optimal decisions and the now the situation becomes even more serious.

Are KPI’s the bane of senior management? We begin to think so. If it moves, measure it! If a little data is good, a lot of data is better! Whoever dies with the most data is the winner! So, aside from collecting data of which probably 98% is useless in any decision scenario, there is generally a lack of analytical tools and techniques to unlock the information value of the actual data utilized to create the actionable information which is critical for fast and optimal decisions.

Remember, less is more. You are better off having fewer KPI’s but the right ones measured the right way. Now the problem with that is that management normally does not like to spend the time to think through which KPI’s are really the best – really the right ones nor do they even have a systematic process to follow such as Insights Paradigm’s alignment process which always guarantees the right vital few KPI’s are identified.

We always remind readers too that the reason the Titanic sank is not because of what the Captain and First mate saw which was the tip of the iceberg or top 10% but rather the 90% which was under the water and unseen. It is the same with an organization’s KPI system. We find time and time again that senior management measures the things which are not only easy to measure like market share, profitability, EBIT and so on but are at such as high level that they are totally insensitive to what’s really going on – or going wrong within the organization or outside the organization. In other words they pay little attention or fail to give little thought to determining the real ‘driver’s’ of performance – the ones which ultimately determine the level of performance that will be achieved in those high level measures like market share. Consequently, when something goes wrong and senior management is unhappy about performance in say market share and they say ‘FIX IT’, the ‘headless chicken’ syndrome kicks in as people run around not having a clue what to fix so by trial and error they hope they find something that will help before they are publically executed for their failure to ‘FIX IT!’

Vulnerabilities: Competitive as well as those exposed During Time of Rapid or Unexpected Change

Just how much time is taken to clarify and verify where your organization is most vulnerable compared to each of your key competitors? How do you get the information needed? Who sees it? How is it acted upon and by whom? We suppose you could be complacent and begin to have delusions of grandeur that your organization has no competitive vulnerabilities. A big mistake! Competition is continuously evolving. If your organization is the leader in the market, the competition all want to take your place and, in fact, they want to be better than you ever were and they’ll keep working at it until they get there. So if you do nothing, you’ll eventually end up in the loser’s circle; not the winner’s circle.

As mentioned earlier newer developments have come from extensive research on anti-fragility. How do you build an organization which actually becomes stronger when subjected to stress such as rapid or unexpected change? In working with Dr. Tony Bendell, Excellence Guru and Head of the Anti-Fragility Academy in the U.K.. Insights Paradigm together with Dr. Bendell has determined 12 areas where organizations most often experience weakness which leads to significant declines in performance whenever rapid or unexpected changes (black swans) occur. The critical point here is to identify these areas now and strengthen them before the next ‘shockwave’ hits and derails your organization’s performance and causes your competitiveness to deteriorate.

Storytelling: A Way to Develop a Strong Relationship with (Potential) Customers
[Infographic] 10 Marketing Lessons from Apple