Contributed by David Tang on January 11, 2016 in Management & Leadership 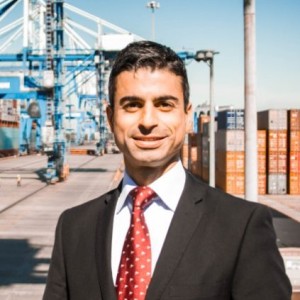 Leadership is an important and relevant skill to develop for anyone–across all industries, across all corporate functions, both in and out of the office.  Michele Sancricca is uniquely qualified on this topic, having spent several decades as a leader in both the military and corporate worlds.  He also published an in-depth 9-module series on Leadership (available on Flevy).

I am privileged to have Michele as a personal friend.  Recently, I took the opportunity to pick his brain on the topic of Leadership.  Leadership topics discussed include leadership tools, leadership mistakes, and ethical leadership.

Is leadership experience in the military easily transferable to the corporate world?

One of the masterpieces of the military leadership literature, The Art of War by the ancient Chinese general Sun Tzu, has been adopted as a textbook in several Business Schools. Indeed, this is just an example on how military leadership influences the business world and therefore the corporate one. Therefore, at least academically, the answer is that leadership experience in the military should be easily transferable.

However, my personal experience is that there is a significant cultural and psychological gap between the civilian (corporate) world and the military, which makes the military leadership experience valuable only if a proper translation process is put in place. Here, the problem is that people coming from a military background are used to a world of symbols (uniforms, medals, ranks, ceremonies) and a clear hierarchy that is a kind of catalyst for leadership enablement. Furthermore, people in the military–who share the same system of values, training, education, and ideals–are trained and expected to follow leaders (to the regards of their superiors) and to act as leaders at the same time (with respects to subordinates).

In the corporate world, and this boils down to my personal experience, the situation is different and much more complicated. In a large corporate office, you have people with completely different educational and cultural background, perception of leadership, expectations, ideals, dreams, perception of hierarchy. Moreover, there are very blurred symbolisms and hierarchical systems in place. These factors bring more complexity to the corporate environment and require the military leadership skills to be properly translated, as mentioned above. There is more need for communication, reciprocal comprehension, and empathy than in the military environment, also more room for an open dialogue between a leader and his/her team is needed.

To summarize, I would say that empathetic dialogue and comprehension are the two most important instruments that could help in translating very effective, but sometimes too bold military leadership skills, into successful corporate leadership tools, adequate for a less standardized and structured environment.

What are some useful leadership tools you learned from your military experiences?

I would list the following as the most important ones:

Is leadership an innate, natural skill or is something that can be taught?

I believe that leadership can be taught, but good leadership is innate. A real, self confident and effective leader can be recognized already when he/she is playing with other babies at the kindergarten. Having said that, leadership courses, seminars, books, talks are all very useful instruments to improve and to add more flesh to the bones, but you still need bones.

What type of personality does a good leader have?

Rather, I would say that the more flexibility to adapt his/her personality to people and situation a leader has, the more effective he/she will be. Therefore, the key characteristics are: empathy, to understand the surrounding environment, humbleness, to tame his/her ego, emotional intelligence, to understand how to modify his/her behavior so as to lead effectively.

What does “ethical leadership” mean?

Leading by example and providing a role model for other people are the two most important pillars that support any leader’s actions. The more ethical is the behavior of a leader, the stronger those pillars  and the the more effective the leader. There is no sustainable leadership without pristine personal and professional ethics.

Could a person like the Mexican drug-cartel leader “El Chapo” being considered a true leader? Probably not, because he leads by inspiring terror rather than by setting an ethical example. What about people like Maria Teresa of Calcutta? Although being a humble, apparently powerless nun, she was and she still his a powerful example of ethical leadership, able to positively change and save hundreds of thousands of lives.

More information on Leadership Ethics can be found here, as part of the author’s Total Leadership training series.

What are some common mistakes new leaders make?

Just to mention the most important to be avoided:

More information on Leadership Mistakes can be found here, as part of the author’s Total Leadership training series.

From my perspective, only experience can help in properly implementing leadership theories.  There is no silver bullet here, since even though a theory could be extremely valid on paper, its applicability in the real world has always to be matched with thousands of human variables. Empathy is the key in order to understand what theory could suit the environment and the members of a team.

What are some ways to motivate your team?

Leading by example, showing integrity, and embodying respectfulness are the basis for motivating a team to follow you. Beside these ethical motivational assets, it is paramount to foster motivation through practical actions such as:

Understanding each person’s dreams, personal goals, inner motivation, and purpose are the further steps to be done in order to adapt in an effective way the above-mentioned tools to every member of the team.

David Tang is an entrepreneur and management consultant. His current focus is Flevy, the marketplace for premium business documents (e.g. business frameworks, presentation templates, financial models). Prior to Flevy, David worked as a management consultant for 8 years. His consulting experience spans corporate strategy, marketing, operations, change management, and IT; both domestic and international (EMEA + APAC). Industries served include Media & Entertainment, Telecommunications, Consumer Products/Retail, High-Tech, Life Sciences, and Business Services. You can connect with David here on LinkedIn.
View all posts by David Tang →