Contributed by Shane Avron on August 13, 2018 in General 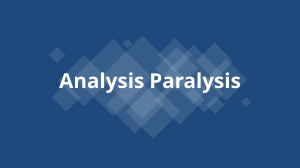 Analysis Paralysis is often regarded as the “Paradox of Choice.” In today’s time when the internet is making the gathering of information way too simpler, there is next to no impact on the decision making the ability of a human. With a plethora of choices available at our disposal, no doubt humans tend to achieve better results. But, the same also leads to greater levels of indecision, dissatisfaction, anxiety as well as mental paralysis. Rather than paving the right way for our decision-making ability, the abundance of virtual information often generates fear of making incorrect decisions.

In a nutshell, analysis paralysis is the state of mind which happens when an individual over thinks about some task/solution and the result is that action never happens. Therefore, paralyzing of the outcome happens and the task gets jeopardized. Thus, it can be said that if one is so busy evaluating as well as analyzing some data for the purpose of making a decision, there is a case where the individual might fail to act at all.

Also, in pursuit of self-help, people are prone to becoming more theoretical. A real and constructive decision is measured when an individual makes a new action. Without action, one can’t just truly decide about anything. At times people oppress that emerging impulse which motivates us to take action and aftermath, they regret the same. As a matter of fact, to get the work done, you’re not always required to be in possession of all the answers.

How Analysis Paralysis Hampers Your Growth?

When you delay some action in lieu of over-analysis of information, the scenario might not let you get things done. If few reports and surveys to be believed, it was observed that a considerable proportion of the workforce spends almost half of their working days on managing and analyzing the information. Rather than making an effective use of Intel and resources in hands, people end up taking a toll on their productivity. 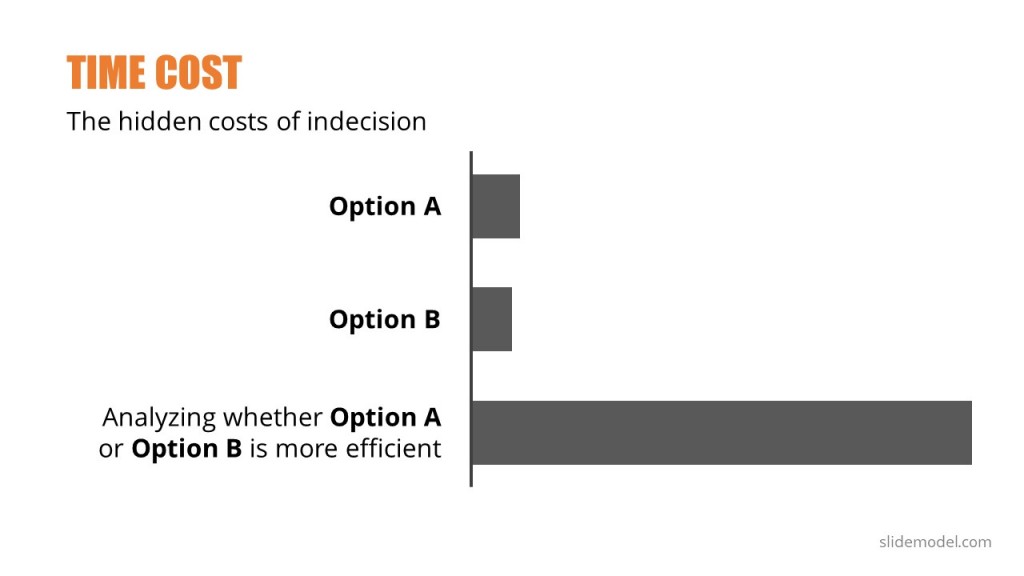 Farewell to Your Creativity

Not only Analysis Paralysis will hold you back to perform cognitive tasks, the same is also responsible for not letting your brain think in the right direction and be creative. When an individual over thinks about some problem, rather than finding the optimal solution, he/she might make it harder to crack.

Creativity is a magic driver, rather than convincing and relying on your inner conscience to make a move, you should try to think less and act more with resources in hand. However we are storing, accessing and analyzing more data than ever, but it should not affect our decision-making ability in any way. One should not feel overwhelmed much with unprecedented facts and figures.

Speaking of cognitive tasks such as learning something, a human brain’s working memory is the place where all the chemical magic is happening. Now, whatever we learn goes straight-away to our temporary or short-term memory. In an active state of the human brain, only a limited information associated with whatever we learnt can be accessed.

The information we gathered can only be transferred to our permanent memory when there are fewer distractions and absence of irrelevant thoughts. The point is when you overthink about anything, the frequency of irrelevant thoughts experience a boom. Thus, disruption of thought process happens and the overall performance of a human might hamper.

There is generally two type of people, the satisfiers & maximizers. Where satisfiers often make a decision when their limited demands are met, maximizers tend to examine every option, until then they can’t make a decision. For example, if you’re making a presentation, you might start overthinking about the types of slides you want to use, colour contrast, fonts, graphics and more. Analysis Paralysis might happen and eventually, you might end up with a horrible or no presentation at all. If you’re a satisfier in this scenario, you might consider making use of ready to use of PowerPoint templates to fulfill your needs.  When can you have high-quality graphics, great templates, rich designs under the same roof then why roam around and waste time? Analysis Paralysis can jeopardize bits and pieces of endeavors in your life.

What Can Be Done to Avoid Analysis Paralysis?

People often can’t act when there are ample options available to them. There’s a famous saying in the investment world that you don’t put all the eggs in a single basket. When you narrow down the options, you will be able to make quick and much-needed decisions. One can run the numbers over & over again, but there comes a time when you have to make a decision. Putting-up a time limit on your analysis process is helpful. 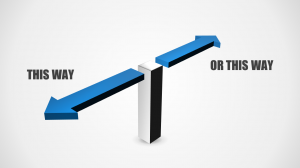 It can be said that data has a unique way of surprising humans with unexpected conclusions. At times, it’s easy to be lured away by some information and one might start wasting hours of time in that. One should not let this happen, the eyes should be kept on the goal, always. If you feel really stuck with something, you can always get an outside opinion. It is possible to be slipped up somewhere in the middle when you bring a new set of eyes to your challenge, you might get valuable insights. Start considering problems from different angles rather than exploring the same angle forever.

The Divide & Conquer paradigm is helpful when it comes to breaking a problem statement or task into sub-parts. These sub-problems are pretty similar to the original problem. Divide & Conquer (DAC) solves these fragmented problems recursively. Further, the individual solutions can be accumulated into a collective sense & the original problem can be solved with added ease. So, in short, instead of going head to head with a superior challenge, it’s advised to break the challenge into smaller, more manageable and solvable segments. This has a particular psychology effect, as stated by Morera OF1, Budescu DV in A Psychometric Analysis of the “Divide and Conquer” Principle in Multicriteria Decision Making.

Chances of winning are increased when analysis paralysis is reduced. The same can be achieved by splitting of mental burden. The burden is there due to the assessment of what the results of your actions are going to be? In short, if you have 10 cards in your hand, there are then choices to be analysed. As soon as you reduce the same to 5, you’re simply cutting analysis paralysis and time in half. 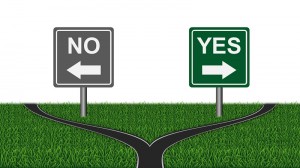 In a nutshell, if you have plenty of options available at your disposal, the thought can be as appealing as it sounds. But, as a matter of fact, when we talk about the reality, people often find a large chunk of choices to actually be infirm. The abundance of choices often leads to less satisfaction once you think of taking an action. There’s always this feeling that you could have done much better. Industries are overwhelmed by a number of products in the market when a large number of services and goods are available to you, the concept of overchoice might come into play.

Deciding not to decide in this type of scenario is also a decision. One can get rid of overchoice effect by stressing upon variables like time. People who have more time than others for the purpose of evaluating some data might not experience dissatisfaction after making a certain set of actions. Now, instead of strolling over straight-away to great and promising options, you can consider eliminating bad options at first. The aftermath might be potential-filled as you will be having a handful of winner options available to you.

There comes a state of Analysis Paralysis where the brain might feel locked-out. It doesn’t really matter if you’re a top executive of a firm or a student solving some challenge, you can always ask for help. The feedback you ask from others can help you further see the unseen side of the coin. One should be approachable for the same to happen. You don’t always have to accept what is being said, however, you can always listen to what your friends or colleagues are suggesting. It is also true that when you ask for an opinion from a trusted individual, it can certainly ease the cumbersome Analysis paralysis to its core.

Nobody is perfect in this world. In a majority of cases, one can simply make a good-enough decision and can get-away in life easily. Decisions must be differentiated on the basis of their importance. Always ask yourself few and important questions like how important is it? Do you have to make the decision at this very moment?

What’s the Toughest Issue with Talent Management?
Is Time Management Just a Myth?