Leading the Managers and Managing the Leaders

Contributed by Yasser Bahaa on October 10, 2018 in Management & Leadership 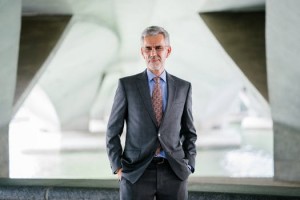 It’s rare to attend a course about leadership and don’t find a traditional activity about “What are the differences between a leader and a manager?” Then, groups start finding out those differences. So what?

While pursuing my MBA, I had two elective modules to go for so I chose Leadership and Entrepreneurship. In the first class of the Leadership module, the instructor asked us the same question: “What are the differences between a leader and a manager?” And, we took an hour to brainstorm, jot down our thoughts and, present our ideas in front of other groups. So what?

The second must question that always comes in similar contexts is: “Are leaders born or made?” Having the same question with similar responses and debates as some people will support the idea of leaders are leaders by nature, whereas others will be fans of the idea of how to make leaders given that both groups have their own legitimate and logical reasons for their conclusions  So what?

The last must question is :“Are leaders always good or do we have bad leaders?” Given that this question is the easiest one as all attendees will have the consensus on who the good leaders could be, such as Nelson Mandela, Mahatma Gandhi,  and Sheikh Zayed. Whereas, bad leader could be also figured out in terms of their contributions to the human well being and their nations as well. So what?

Whether it’s an academic context or a couple of days course, same questions arise regardless of the audience’s background or even their level of understanding, experience, or responsibilities.

The point I want to highlight here is the “So What?” part. What is the added value in recognising those differences and how it will help us to build on to change firstly ourselves and secondly our perceptions about others? One may argue that knowing the differences between leaders and managers helps us directing our resources and efforts to only have leaders as after that question we always have the feeling that leaders are much better qualified and charismatic than managers. Do you agree?

Assumingly, on one hand we agreed that leaders are born, would we ask the most famous Geneticists to work on a formula that supports nations delivering leaders and find the proper combination of parents around the world to make the formula work? On the other hand, if we reached an agreement that leaders can be made; our role would be listing the proper characteristics and creatively tailoring convenient programs for those whom we anticipate their high potential of being Future Leaders? No clue!

The problem here that some specialists claim that a Leader is, by far, much more important than a Manager and even those specialists show the latter as a traditional employee whose vision is very limited with a reactive action and always prefers the status quo and cares only about results with a minimal tendency towards risk. Unlike managers, from the same point of view, leaders are gifted to have a long term vision with a proactive action and eagerly look for challenges with focus on achievements as they are always risk takers.

Having such dilemmas makes us think of the advantages of those questions and their viability. Are those questions made to let us think loudly and enhance our arguing skills playing the devil’s advocate role in a way or just for the sake of following the norm that others used to in tackling such subjects?

When it comes to practical life, it’s not that easy to have this sharp segregation between managers and leaders admitting that both are really needed in the workplace and even some characteristics are required in a situation, whereas others are essential elsewhere in case we agree to make such a distinction. Inevitably, decision makers must endeavor to demonstrate reliable, viable, and feasible actions according to what’s aimed to be achieved in each single situation.

I believe our need to learn from leaders is much more necessarily required than answering the before mentioned questions. The conclusion here is to build on lessons learnt from leaders’ success stories in order to support and enhance people’s cognition in terms of successfully leading teams, organizations and even nations.

In a nutshell, I would argue that we may have fundamental characteristics for both personalities and moreover, some well-known leaders, such as Mahatma Gandhi and Nelson Mandela were also being managed by their people and their needs. So, we need to admit that we still have mangers who manage leaders and leaders who lead managers.

By the way, I had a training last week about team building and my first activity was to let the groups think about a unique aspect: “What are the differences between a leader and a manager?”

Yasser has a very diversified knowledge over the past 20 years in various fields and industries such as Banking (Branch Manager), Training (Trainer), Consultancy (Senior Consultant), Higher Education (Head of Registration and Admission), Government Excellence (Organisational Excellence Expert) and contributing as an author in different magazines in the fields of business management and self-development. Yasser has trained hundreds of trainees with more focus on organisational excellence, innovation, customer service, human resources, personal development, leadership, soft skills, and management. Moreover, he is an MTa certified facilitator, an EFQM Licensed Assessor, and considered the third Arabic Speaker in the world that holds an Investors in People (IiP) adviser license. Yasser’s academic background through passion is to support as many people as he could through this frequent blogs, articles and events he provides and always looking forward to improving his skills and competencies through connecting with like-minded people and those who share the same vision of having an impact on people’s lives.
View all posts by Yasser Bahaa →