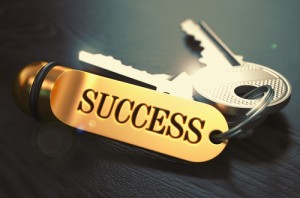 Companies are dying faster than they used to, according to a BCG study. In 1970, the average public company lasted over 55 years. By 2010, this had dropped to just over 30 years. The risk of a company exiting the market in five years is now 32 percent, compared to 5 percent 50 years ago.

Despite this, a handful of companies have lasted for over a hundred years and continue to endure. Here are the stories of some of these centuries-old companies and their success secrets that younger companies can emulate.

Of the 967 existing businesses founded before 1700, 53 percent are located in Japan, according to Priceonomics. One of the best examples is the Hoshi Ryokan, the second-oldest hotel in the world.

Hoshi Ryokan has remained in the family for 46 generations since 717. To keep business in the family, Japanese companies such as Hoshi have adopted the practice of mukoyoshi, in which a business owner with no male heir adopts a designated business manager to marry his daughter. The prospective son is vetted carefully for business acumen, and if he fails to manage the company well, he may be disinherited and replaced.

Combined with the Japanese people’s long lifespan and economic isolation, mukoyoshi tends to produce long-lived companies. A takeaway for younger, non-Japanese companies is the importance of ensuring managerial continuity by retaining controlling ownership and by vetting managerial successors.

A European example of business longevity is Dutch vodka brand Ketel One. Ketel One’s origins lie in the historic distillery center of Schiedam, where founder Joannes Nolet launched the Nolet Distillery in 1691, when the Netherlands was the world’s greatest sea power.

The Nolets kept the business in the family even through hardship, including the Dutch losing their sea power in the 18th century, the invention of the column still that drove most distilleries out of business in the 19th century and World War II’s devastation of Rotterdam in the 20th century. Following postwar technological changes and mergers that further disrupted the distillery industry, the Nolets emerged as the only distillery left in Schiedam.

To adapt to the new market, the Nolet family consolidated its line to focus on a few high-quality spirits. Finding only three major vodka brands available on the U.S. market, Carolus Nolet Sr. began providing high-quality vodka to America in 1983. The Nolets established a base in San Francisco by personally networking with bartenders and using the Young’s Market Company for distribution. By 2003, Ketel One was able to celebrate the sale of its millionth case with its first ad. By 2008, the company was selling twice this many cases a year.

Today, the company thrives on social media, with over 19 thousand fans following the Ketel One Vodka Twitter account. The Ketel One story illustrates the importance of adapting to changing technological and market conditions as well as the effectiveness of niche marketing.

An indigenous American legacy is clothing manufacturer Levi Strauss & Company, numbered among America’s oldest family-owned companies. The Levi’s brand emerged in 1853 from the San Francisco Gold Rush, when founder Levi Strauss started a wholesale dry goods business. In 1872, one of his customers, a Nevada tailor named Jacob Davis, invited Strauss to partner with him to patent the idea of using rivets to make pants last longer. An 1873 patent marked the birth of blue jeans, and Strauss’ family fortune grew to $6 million by the time he passed away in 1902.

Jeans spread from the West to the East in the 1930s, when vacationing easterners came back sporting cowboy clothes. Jeans became a staple of youth culture in the 1950s, which ushered in the global expansion that has made Levi Strauss into a $4.75 billion a year corporate giant.

Despite its growth, Levi Strauss remains family-owned. Its stocks are privately held, but it has public bondholders. Levi’s has also held its intellectual property by zealously fighting patent infringements from competitors. The story of Levi’s illustrates how business longevity depends on maintaining ownership of an innovative idea as well as managerial succession.