How to Ensure Your Business Remains Compliant with MiFID II

Contributed by Shane Avron on December 14, 2017 in Risk 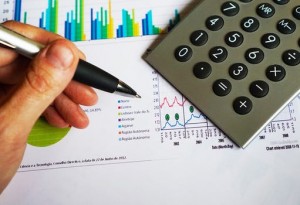 If there is one thing which can always be said of government is that they never make things easy on private citizens and corporations alike. It isn’t that they are trying to enact laws that are meant to be tricky, yet they almost always will be unintelligible due to the legal jargon wrapped around each new piece of legislation.

Before All Else – Get an Interpreter!

The common person or corporate director doesn’t stand a chance of being compliant without getting at least some amount of professional help interpreting the upcoming introduction of MIFID II. Businesses want to stay compliant because they certainly don’t want to be issued a fine, and they also don’t want to have business held up because of government’s perceived issues with a company’s unwillingness to be in compliance. So what does this mean for businesses in the UK and throughout all of Europe, for that matter?

The first step in compliance is interpreting the revisions MiFID II and in understanding the broader scope now covered under MiFID II/MiFIR.

Basically, what it boils down to at the moment is that it is time to call for help unless you are a lawyer or solicitor. Even then, do you understand the new regulations and the number of changes made to old regulations? Probably not, so here is some of what you can do to stay compliant without taking weeks off work to weed through all the updates and new legislation entitled MiFIR.

Terminology May Be Your Downfall

It can’t be said enough that legal terminology takes some time to interpret. For example, do you know what the acronyms MiFID and MiFIR actually stand for? You can’t hope to be compliant if you don’t know what you are dealing with. These terms basically involve:

How confusing is that? One is a directive and the other a regulation. Is there a difference between a directive and a regulation? Actually, you don’t need an attorney. What you need is an IT MiFID II specialist who can make all the necessary changes in your computer technology that will keep you seamlessly compliant as the new laws go into effect on 3 January 2018.

What These Changes Are Meant to Do

The scope of changes to old legislation and the introduction of the new MiFIR involve the key areas of:

You may be wondering what emissions have to do with anything and you are not alone! What do financial products and emissions have in common? For that answer, you can consult the EU, the UK Parliament or your MiFID II / MiFIR IT specialist.

What This All Means to Your Business

The key point being made here is that you could study the new changes in effect and the additional regulations being enacted in January, but by the time you understood them, new regulations will probably be proposed. What this means to your business is that you better call out for a life preserver, a floatation device to keep your financial services business above water but under the radar of the government agencies charged with seeing to the enactment of, and compliance with MiFID II/MiFIR.

Are you even more confused now than you were before? Again, you are not alone. It’s time to call for help because change is just around the corner and if you are not compliant you will be assessed hefty penalties. While you are being asked to be more transparent you are also being asked to step up security.

Consult your IT MiFID II/MiFIR expert and you will be compliant. That’s the only solution that makes any sense whatsoever.