Contributed by Shane Avron on April 9, 2014 in Strategy, Marketing, & Sales 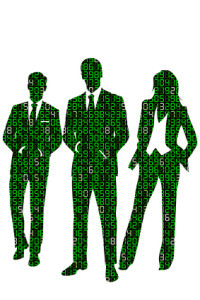 We all know ads create awareness, which brings in sales. This fundamental principle has been the foundation of business marketing to date. As the tech era evolved, producers began to create problem solving products, with their own problem—no marketing or advertising budget. Some groups took to guerrilla-style tactics. Growth hacking is any company or team that reaches millions of users through any medium possible, by any means necessary. Take a look at how growth hacking will affect tomorrow’s businesses.

The “growth hacker” term was coined by serial marketer Sean Ellis in 2010. Ellis used the term to describe what he was looking for in replacements for himself. Candidates had legit marketing experience but were missing something. The something has come to be known as an intersection between marketing and coding. A scaleability expert that earns mass appeal by hacking the Web to earn users. Silicon Valley expert Andrew Chen‘s influential blog post mentions how growth hackers tackle the traditional issue of getting customers to their product with nontraditional answers like “A/B tests, landing pages, viral factor, email deliverability, and Open Graph.” On top of this, they layer the discipline of direct, he said.

TechCrunch reported the main characteristics of growth hackers are data, creativity and curiosity. Data, metrics and code have always been part of the marketing equation. The rise of the Internet has caused these skills to become front and center in the marketing world. Companies can use data to track customer information, forecast sales, and discover leads and users that would otherwise be buried in obscurity. Coding allows marketers to integrate with other services and use APIs to create a dynamic user experience.

The value of growth hacking would be void without real world implications. These wildly successful companies found success in four different industries:

Hotmail – Considered the first growth hack, Hotmail made every email signature a referral platform, as Fast Company reported. Adding “PS I Love You” with a link to their home page in the late 1990s. Microsoft purchased the email provider for an estimated $400 million, years later.

Dropbox – According to KISSmetrics, the file storage service, Dropbox, accumulated a $4 billion valuation in seven years with minimal customer acquisition cost. The formula was an easy sign up process, an explanation video, and most importantly a clever referral program where both participants received free storage. The referral program increased Dropbox signups by 60 percent.

​Groupon – A 228 percent increase in revenue requires an innovative growth prowess, as KISSMetrics revealed. The formula was referral bucks, incentives for social sharing, and creative marketing emails and copy.

Spotify – Streaming music service, Spotify, has grown to over 24 million users since 2008 with the help of a simple hack, according to Crunchbase. Encouraging users to share what they’re listening to over Facebook.

Growth hacks or just marketing accomplishments? A portion of the tech community considers growth hacking to be an insubstantial buzzword that PR strategists often attach to silicon valley successes. Facebook, the most successful growth project to date, released a traditional brand video in October 2012 to celebrate 1 billion active monthly users. Similarly, MySpace dropped $20 million on a celebrity stuffed video in summer 2013. Both attempts at traditional marketing were seen as failures and obviously did not bring in users like previous growth hacking methods.

Interested in academic approaches to growth, such as Blue Ocean Strategy and Porter’s Five Forces? Have a look at our Growth Strategy Toolkit, a framework used by top strategy consulting firms.

The growth hack mentality is usually applied to the world of startups and entrepreneurs. These are brand new ideas and need to amass a following in order to stay above water. However, an enterprise company with a proven business model shouldn’t rest on its laurels. Research and compare advanced analytics tools like Insight Squared and don’t be satisfied with a standard CRM package. Take Walgreens, for example. The Fortune 100 company took advantage of mobile trends by creating an app that allows customers to scan prescription bar codes to order refills. The app won “best retail mobile app” at SXSW in 2013. Use research and creativity to apply growth hacking principles to any company, large or small.

Recommended Documents by Business Topic
Corporate Communications, the McKinsey Way – from Storylining to Board Papers