Hey, What Is Blockchain?

Contributed by Farath Shba on February 12, 2018 in Information Technology

I understand many of you are having this question – what the heck is a Blockchain? Many tell me it’s Bitcoin but what is it actually? Let’s uncover that in this writing.

Blockchain is a new Technology which is able to resolve many problems in this era. One of such problems is money transfer (one of which Blockchain solves).

But let’s study what Blockchain really does for us.

Looking at the above example, Andi wishes to transfer some form of valuable data to his Manager, Kevin. How does he does it is what is shown above.

Hence you could understand that there are two duplicate copies of the exact transaction Andi just made. But hey, this is a very simple overview. Now, let’s go in depth.

In actual scenario, Andi won’t be able to transfer ‘whatever data‘ it is directly to Kevin, hence he would go through a series of network (which contains nodes of the Blockchain or rather the individuals like Andi and Kevin) just to transfer the data. This is how it looks like:

Essentially, for Andi to transfer any form of Data, this is what he goes through now:

Something for you to think and research: Go and find out if the transfer of the Data goes through every single node in the mesh of networks and educate us in the comments.

Well, now let’s move on in understanding on the construction of the blocks in a blockchain. 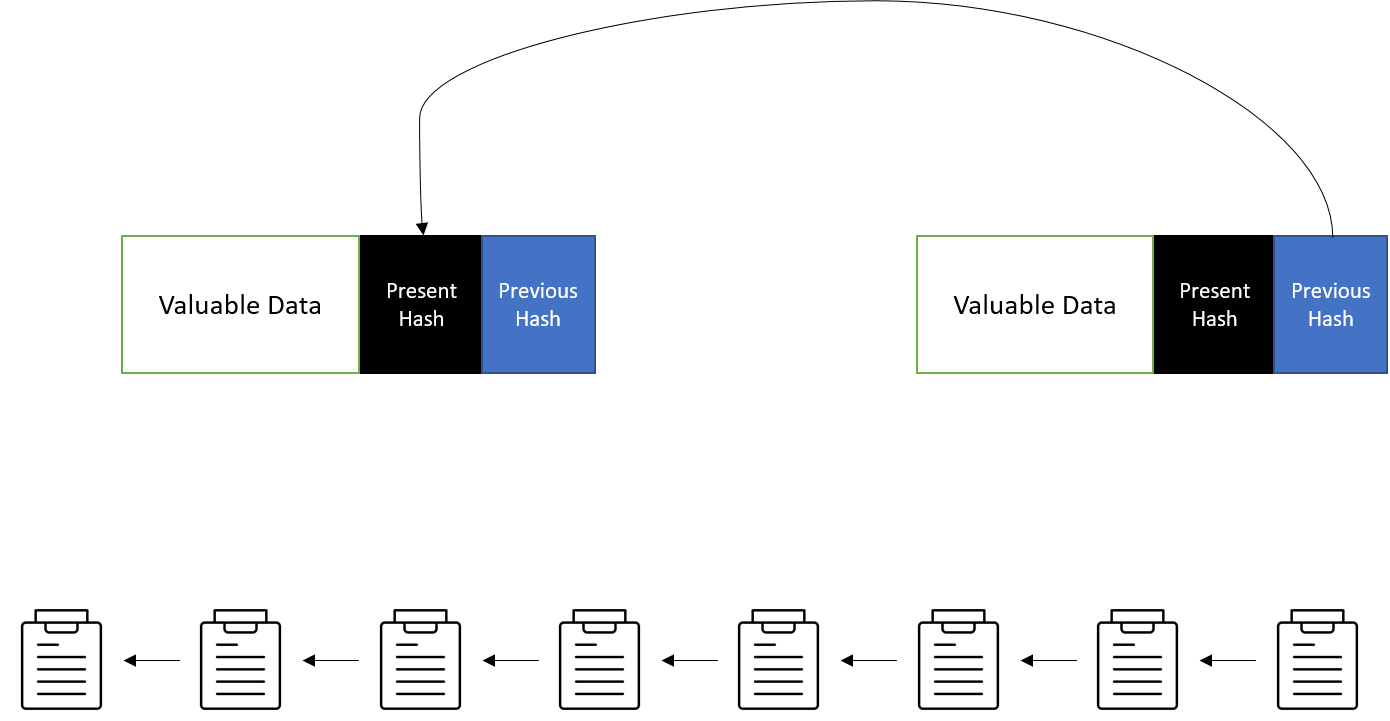 A blockchain consists of blocks in which the current block refers to the earlier block using a hash. Ok, I know you are confused!

For example, the latest block present in a Blockchain would refer / call to the previous block using the Previous Block’s Hash Number and would also declare its current Hash using a certain cryptographic hashing algorithm.

And when the next Node is to be created, it simply creates its newest Hash Number using a cryptographic hashing algorithm and indicates the previous Hash Number in the block itself.

I know some of you Coders might assume this is a LinkedIn List, but hang on – yes, this is based on LinkedIn List. Aha! (Hang on here, and go watch this, to understand what is a Linked List – https://youtu.be/pBrz9HmjFOs for the curious minds)

If you are interested in Cryptocurrency Trading, take a look at this group on LinkedIn.

If you are an investor or just a fanatic of Blockchain, you might want to check out the next article on the Blocks of the Blockchain.

Farath Shba is an active blogger of Blockchain and DevOps at afsyn.com. He usually scribbles about DevOps and Blockchain technologies in his spare time apart from his Day Job. He’s on a mission to streamline dirty work processes with the help of only technology. Connect with him on LinkedIn to help him accomplish his mission.
View all posts by Farath Shba →
4 Tips for Starting a Forex Trading Business
Third Party Logistics (3PL) Selection Process