4 Things You Should Know before Moving Your Prototype to Production

Contributed by Shane Avron on August 28, 2019 in General 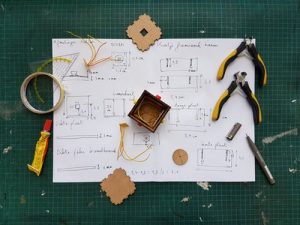 Product design has never been more accessible. Design software makes it much easier for people to design potential products, and 3D printing means that you may actually be able to make your own prototype. Plus, crowdfunding makes it possible to raise money to mass produce a prototype. However, the design and distribution process is rarely this straightforward. Here are 4 things you should know before moving your prototype to production.

There Will Be Multiple Iterations

The prototype is literally the first version of the product. What many of us don’t realize is how often the final version we use every day is very different from the initial prototype.

The prototype may be modified to facilitate mass production. Alternatively, you may be told by manufacturers that the prototype can’t be made at your desired price point. The design may also change because of customer feedback during beta testing.

Recognize that there will be stops and starts and that you may end up with a very different product in mass production. Hardware production in particular is going to require extended trial and error. You may learn that you need to communicate your tolerances better or alter the range of specifications you’ll accept from suppliers.

Understand the Financial Impact of Prototypes

The prototype is a product development cost. Understand that the prototype isn’t free and you may have to pay for several versions as you move from proof of concept to functional prototype.

The prototype should be used to get hard information so you can update your financial projections. For example, the prototype allows you to better estimate production costs, as you’ll end up with a detailed bill of materials that lets you estimate the cost of all parts, shipping, taxes and labor. Estimate costs based on the lowest production volume. Let manufacturers give you feedback on how you could reduce the cost of the final product. This allows you to determine the cost of goods and how much you have to charge to earn a profit. If selling to customers, aim for a fifty to sixty percent margin. If selling to retail stores, you’ll need a higher margin.

Prototypes Are Essential to Fundraising

A prototype may be the key to getting investors onboard regardless of what you’re making. In the case of hardware development, you may need millions to get a working prototype for consumer and regulatory testing. You could consider crowdfunding for raising capital, too. A prototyped, debugged design is often essential to setting up a kickstarter crowdfunding campaign. This is because crowdfunding sites are not pre-sales tools. The donors are only giving money toward projects they want to see come to life that have a good chance of doing so.

Plan for the Worst

When scheduling, add 50 percent to your original estimate. This is especially true with hardware, since you’re making and shipping physical hardware instead of sharing digital files. Assume contract manufacturers will take longer than expected. Know that issues with quality control and documentation will lead to delays.

Monitor production to make certain it is meeting your quality standards. Consider making extras, since there may be defective parts in your first batches. This also gives you the ability to test more of the initial products if that turns out to be necessary. Expect government testing and certifications to take a while, and plan on needing to go through the process a few times to get approved.

Taking your product from prototype to production is a challenge, and there will certainly be bumps along the way. But, if you do it right, you’ll officially be in business.

Shane Avron is a freelance writer, specializing in business, general management, enterprise software, and digital technologies. In addition to Flevy, Shane's articles have appeared in Huffington Post, Forbes Magazine, among other business journals.
View all posts by Shane Avron →
When the Need to Counteract Power Differential Exist: Use Consulting Workshop Series: Focus Group
Want a Systematic Approach to Evaluating and Learning? Use the PAME Approach