In 2012 the Institute of Customer Service (ICS) surveyed 26,000 consumers in a study specifically designed to test the link between customer satisfaction and business performance.

The ICS study found that:

Amazon had the best customer satisfaction (91.7) and achieved the strongest sales growth (20%).

Perhaps this result isn’t surprising. In the battle between 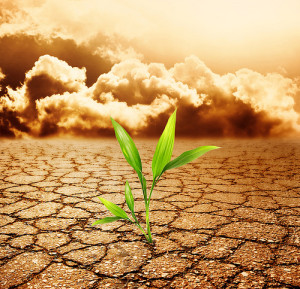 Amazon and Comet it’s easy to argue that there are other factors at work.

So let’s take a look at a more straight-forward comparison. How about supermarkets?

The two food retailers with the highest customer satisfaction ratings were Waitrose and Aldi, both scoring 84.6.

Despite having very different models and target customers, they also achieved the greatest gains in market share over the Christmas period – Waitrose by 0.2%, Aldi by 0.4%.

At the time of the report the ICS were able to draw a clear link between customer satisfaction and sales growth. But could that be quirk of the data? And does it play out over the longer term?

Grocery News recently published the Kantar supermarket industry growth figures for 2013-2014. These latest figures not only support the previous finding that customer satisfaction drives growth, but emphasise them even more strongly.  Aldi not only grew its market share faster than any other supermarket, but significantly out-grew its closest competitor, Lidl – who had a lower customer satisfaction score in the 2012 report. And at the other end of the market, Waitrose grew their share faster then any other non-discount supermarket, including Sainsbury’s and Tesco, who again showed lower customer satisfaction scores in the 2012 report.

Saga Holidays were another of the companies that were rated in the 10 top for customer satisfaction in the UK. In their 2013 Annual Report one of the very first things that Andrew Goodsell, the Chief Executive, noted was how proud he was that they had retained their position at the top of an Ipsos Mori customer satisfaction survey. The only thing he mentioned above that was the fact they’d grown their turnover by 6.4% to £2.2 billion and their profit 4.9% to £621 million!

Customer Satisfaction for Every Business

If it works for the big companies, what does it mean for the rest of us?

Regardless of company size, the fundamentals still hold. And it doesn’t matter if you call it customer satisfaction, customer experience, customer delight or anything else. The more satisfied your customers are the more often they’ll return and the more they’ll recommend you to others. All of which drives sales growth without you having to spend an extra penny on advertising, marketing or sales.

If you still need to see it to believe it, why not try it for yourself? Head over to satsum.com for a free trial of the quickest and easiest way to start tracking and improving your customer satisfaction.

Andy Lees is the founder of Satsum, a customer experience analytics platform. Andy is an expert in consumer insights, having spent over 20 years in the industry. Prior to founding Satsum, Andy was Product Director at Lumi and Innovation Director for Kantar (WPP group). You can connect to him on LinkedIn here.
View all posts by Andy Lees →