Contributed by Lucell Larawan on January 25, 2016 in Strategy, Marketing, & Sales 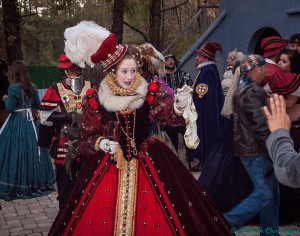 In a rapidly morphing world, what was once celebrated as sustained competitive advantage for a company has already become almost an illusion at best. Some companies may have sustained their strong market position and have defended it for a long time–firms such as IKEA, GE, and Unilever. But nowadays, rarely can a company keep up a truly lasting advantage.

Gone are the days when a competitive position in an industry would last an eon.

This phenomenon makes the idea of temporary competitive advantage a burning question. The increasing trend gravitating towards transient advantages may be due to actions and counteractions among rival firms or endogenous and exogenous competence destroying disruptions and discontinuities–those that make sustaining one’s advantage impossible.

Do not ignore the known antecedents of temporary advantage:

These are also serious concerns for businessmen who think they already got the elixir for lasting Halcyon days.

Transient advantage can be explained by chaos and complex theories. The former may support the coexistence of short and long-term advantages; the latter may integrate hypercompetition, hypervelocity, hyperturbulence, and complex competitive dynamics. But these need more empirical studies that support.

The imperative now is how to respond. A firm makes an important step in dealing with the fleeting competitive advantage if it views strategy as dynamic maneuvering–moves and counter moves; morphs and counter morphs–rather than fixed positioning through resources, routines, generic strategy, and industry structure. Using this outlook, the value and extent of a move, perhaps last only as rivals do not outsmart it, according to Richard D’Aveni and colleagues. Studies show that more aggressive firms are more successful and that rival actions cut into the performance of the firm requiring new move to keep pace, dubbed as Red Queen competition.

Asking the right questions could be as important as finding the answers for a company that overcomes the disruptive milieu: how do enterprises handle the timing and transitions from one advantage to another as they pick up? When should they start these progressions? Should they devise for the next advantage prior to the wearing out of an existing advantage? How can firms avoid cannibalization of a remaining advantage while creating a new one?

Strategizing these days is like shooting at an unpredictably swirling ball: though sharpness and accuracy are needed, instincts should also come in and the shooter’s move must be fine-tuned to adjust to the target’s movement.

If you manage a company, ask whether or not these are true (by Rita Gunther McGrath):

If you nodded in four of these, you are facing an imminent demise in your business and need to adapt quickly. Do not assume that the first-mover advantage always lasts: learn from Kodak and Nokia. Do not surmise that being superior could not be a trap: behold the startups that mature and make the incumbents a memento of history. Do not set aside the quality trap: customers may not be prepared to pay for it and opts to find a cheaper substitute. Do not hostage your resources only for the sake of mass marketing: groundbreaking innovations may be the winning move. Avoid throwing away opportunities to the quagmire of bureaucracy. Keep away from a mere empire-building where emphases are placed on asset-building and hiring many employees; this promotes hoarding and defiance towards experimentation. Shun a haphazard innovation system; it relinquishes your trump card to the swings of circumstances.

Rethink the idea of comparing one’s company to similar companies in the same industry as industry lines are blurring; this can blindside you. Consider how payment transactions are disrupted by contenders from different industries, such as mobile phone operators, internet credit providers, and swipe-card makers. As the playbook of strategy changes, the better move is to fight in “arenas,” not in industries. An arena comprises a customer segment, an offer, and the place where the offer is carried out. A good strategy is no longer just about outshining a peer in the industry; it has morphed into responding to customers’ to-do list.

Even with an arsenal of “best” strategies, however, one can still end up in a catch-22: a blood and thunder name in the market who could not defeat a nobody. We do not naturally want to end up fighting like a newbie against a Bruce Lee, but that is what temporary advantage could sometimes mean: “men plan and God laughs.”

Dr. Lucell A. Larawan established intellectual leadership as one of the editors of business journals run by the American Research Institute for Policy Development; the International Journal of Social Sciences and Arts; and the Journal of Harmonized Research in Management. He has had a long and accomplished career in business mentoring and entrepreneurship. You can view his LinkedIn here and his Flevy frameworks here.
View all posts by Lucell Larawan →