5 Billion-Dollar Businesses That Started as Side-Hustles

Contributed by Shane Avron on December 10, 2020 in General 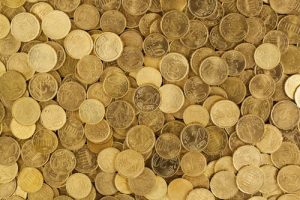 We all dream of a successful “rags to riches” story. Unfortunately, not everyone can be the next Bill Gates or Jeff Bezos. What’s more, it takes much more than just a fantastic idea to turn your garage business into a billion-dollar company.

It’s the desire to pursue dreams that’s made companies like Microsoft, Apple, or Amazon successful. What’s interesting is that all of the three above started as side projects.

Sure, they’ve eventually developed into full-time passion projects, but their humble beginnings prove that making your side-hustle successful requires a lot of skill and time. And it’s the latter that’s been the cause of failure of many young entrepreneurs.

When starting a company, you need to be patient and wait for the right moment to seize the opportunity. And since you probably don’t have money for proper office space, maybe it’s time to renovate your garage, wind-proof it (cold places like Chicago or Boulder would need this – check out how A1 Garage Door Repairs in Colorado does it for extremely cold weather in order to make your garage-office comfy).

And if you need inspiration, below you’ll find the list of the five successful companies that started their journey as side hustles.

According to Bloomberg, with a net worth of $184.6 billion, Jeff Bezos is the world’s richest man. But Amazon’s founder has come a long way since his humble beginnings. And the story of how he turned Amazon into the company it is now is fascinating, to say the least.

Everything started in 1994 when young Bezos decided to quit his NY hedge fund job and take advantage of the internet’s potential. He spent a year programming his bookselling website, and by 1995 Amazon.com was born.

By the end of the 90s, the company started to expand its services and became the Amazon we all know. Another interesting fact is that in 1995, the company was hiring 11 employees.

According to statistics from September 2020, Amazon’s headcount of 867 thousand workers. And that doesn’t include seasonal employees.

Apple is probably the most famous garage-found company in the world. And sure, Steve Wozniak, a co-founder of Apple, said many times it’s more of a myth. Nevertheless, Steve Jobs’ Silicon Valley garage played a role in the company’s first steps.

Interestingly, both Jobs and Wozniak had full-time jobs and treated their side projects more like a hobby. However, once they noticed their work’s potential, they started the revolution that changed the world.

Nowadays, Apple is much more than just a tech company.

Even the numbers prove its supremacy, as in August 2020, it became the first company to reach the market value of $2 trillion. Not bad for a company that started as a side project.

Now it’s time for a blast from the past. The story of Walt Disney Company is fantastic proof that side hustles have been around for some time and that you can turn your idea into success only if you have the right set of skills to do so.

It all began in 1923 when young Walt Disney was drawing cartoons in his uncle’s backyard garage. But it wasn’t until 1928 that the first Mickey Mouse cartoon – “Steamboat Willie” was aired, becoming an instant hit.

The company started to grow, and Disney quickly established itself as the world’s most famous animated-movie studio in the world. However, similarly to Apple, Disney is much more than just a movie studio.

The company’s revenue is diversified into four segments:

In 2018, Disney’s net worth exceeded $130 billion, and it doesn’t plan to stop there. The company now has the rights to the world’s famous franchises, including Marvel and Star Wars.

Disney’s long and exciting history is perfect proof of a successful side hustle. Although when it comes to Disney, it sounds like an understatement.

Who would’ve thought back in 1998 that two Stanford doctoral students in a rented garage will create one of the world’s greatest companies? Probably not even Larry Page and Sergey Brin believed that their Google would become the internet giant it is now.

In fact, it’s hard even to imagine how our world would look without Google. That’s why it’s funny to think that the company wouldn’t exist if it weren’t for Susan Wojcicki and her husband, who rented their garage to Page and Brin to help them pay their mortgage.

The decision definitely helped both parties, as Wojcicki even became the full-time Google employee after the business moved from her house to an office space.

Nowadays, Google is worth over $1 trillion, and it hires almost 120,000 people worldwide.

In 2003, a Harvard student Mark Zuckerberg created a website called Facemash. It let students judge other people’s attractiveness, and despite the fact it was taken down after just two days, Zuckerberg saw the potential it had.

That’s why the year after Facemash, Zuckerberg, with some help from his friends, created Facebook. Soon after that, the platform spread from Harvard’s dorm room across the country, becoming the world’s most popular social media network.

Nowadays, Facebook unites over 2.7 billion users worldwide, and despite its recent criticism, the platform is still growing strong. In 2020, Facebook’s net worth hit $796 billion, which places it in the top 10 of the world’s most valuable companies.

When looking at the examples given above, there are certain similarities between them. First of all, you can see that everything has to start somewhere.

It doesn’t matter whether it’s your parent’s garage, dorm room, or basement, you can still be successful, but it might take some time before you move to a more luxurious office. The key is to stay motivated, which brings us to the next point.

It’s not all about your business idea. Without the desire to move forward, you won’t be able to turn your side hustle into the next Google. Stay focused and set yourself goals you want to achieve.

Also, keep in mind that building your business takes time. If you fail to understand that, maybe it’s not a good idea to quit your full-time job just yet.

Shane Avron is a freelance writer, specializing in business, general management, enterprise software, and digital technologies. In addition to Flevy, Shane's articles have appeared in Huffington Post, Forbes Magazine, among other business journals.
View all posts by Shane Avron →
Suffering Profit Leaks? Use Cost-to-Serve (CTS) Analysis to Prevent Them
Can We Drive Growth and Innovation through Corporate Entrepreneurship?