Why Many Do Not Hit the Mark in Launching a Business

Contributed by Lucell Larawan on August 11, 2016 in Management & Leadership

Anyone who jump starts his or her new business faces the statistics of only two out of ten new businesses that survive after five years. How will a person overcome the gloomy prospect of success if he or she dares to hit the mark?

If the statistics guide such start-up decisions, many could have felt intimidated at the start. But to be an overcomer, one must have a different reality.

What you think is your phenomenon? 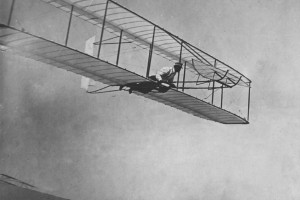 The Wright brothers who invented the airplane could not be more right. When faced with the reality that humans cannot fly, they had a different reality. So, they used their leverage and the rest is history. In their time, people said humans will never fly because the idea was outside the box of their reality in that era. But that idea was not outside the realm of probability in the minds of the Wrights, so they soared.

In business, the analogy is the same: many people think that success is so elusive that upon pondering the high probability of failure, they give up. This is true especially if they come across stories of failures and what happens to most newbies. Only those who think the opposite can succeed.

Let us then compare how the losers and winners think. Their realities are defined by what they think is smart and what they think is uncertain. They are opposites: losers consider job security is smart, while building businesses  is risky; for winners, it is the other way around. Those who make no great shakes consider having a big house a bright move; on the other hand, business achievers rather build apartment houses because for them a big house is risky. Brilliant entrepreneurs do not opt for mere savings; they rather invest. Acers are generous while the trying-hards impugn the guilt of greed upon the rich.

The reason why many employees do not venture out in business: business is risky. This contradicts the rich person’s view: having a secure job is the one that is truly risky. I see the point: even in the US, someone who earns $80,000 annually will eventually retire with a minimum of $1,000 retirement pension a month.

An ordinary employee cannot see the risk in owning a big house. If his lifestyle cannot match that property, he ends up broke with the bills payable and eventually mortgages the property. The wise entrepreneur thinks an apartment is better because it generates regular rentals and focuses on investment rather than liabilities.

Robert Kiyosaki, a best-seller entrepreneur-author, recalls the kind of savings his poor dad focuses on: going around supermarkets to find sales promo and buy pork butts that can be consumed for six months! Kiyosaki’s rich dad (the one who mentored him to become a good entrepreneur) exemplifies the opposite: he goes around looking for bonds or stocks to invest or new business to build.

Maybe a hindrance to winning is a sweeping judgment that the rich are close-fisted or exploiters. Not really true all the time. How about Bill Gates who built a foundation to improve the quality of life of mankind? How about Mark Zuckerberg who just said he only needs to keep ten percent of his wealth and give 90 percent to charity? Examples of generosity abound.

Losers are average at best: they avoid losing and expect to win 100 percent of the time. Whereas, winners take losing as the path to winning. For instance, if they have $200,000 to spare, they allot $20,000 to play the market with. But this amount goes to several trades where they have enough money to lose 19 out of 20 times. So even if they lose $14,000 on fourteen straight trades, they can suddenly make $50,000 on the next market move.

Improving mindsets cannot come from mere educational pursuits. One needs to follow the paths of exemplars while embrace losing as an ingredient in his resume.

Dr. Lucell A. Larawan established intellectual leadership as one of the editors of business journals run by the American Research Institute for Policy Development; the International Journal of Social Sciences and Arts; and the Journal of Harmonized Research in Management. He has had a long and accomplished career in business mentoring and entrepreneurship. You can view his LinkedIn here and his Flevy frameworks here.
View all posts by Lucell Larawan →