The Truth about Driving Change and Innovation: What No One Tells You 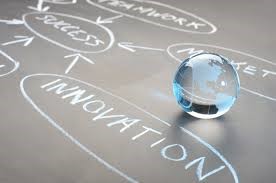 The call for change and innovation is everywhere – and rightly so. Business environments seem to be getting slammed by a multitude of market, technology and competitive threats impacting how you do business. It’s often called “disruption”.

There is much written about transformational leadership. They fill our book shelves, article after article and book after book. In fact, just look on LinkedIn on any given day. You would think it was the only topic worthy of narrative effort – what seems like an insatiable desire for a coherent vision. It’s a constant call for change and innovation in your company; how best to respond to the disruption in the market arena in which you reside.

Webinars and on-site conferences promise a presentation of various thought-process exercises that encourage participants to think differently about what is needed for their company to “break the mold” and ultimately stand out from their competition. It goes only so far. The question becomes; do the participants recognize the need for change and innovation, and how will they bring about that change and innovation? What’s the internal process? Who will lead the effort? Do we really have the leader?

Many think that for leadership to exist, there must be a crisis that an extraordinary person must meet, because without a crisis, a “would-be” leader remains nothing more than a promising owner of potential (imagine Lincoln without the Civil War or FDR without the Great Depression and WWII). Before a leader can lead and innovate us out of the pit of despair and doldrums, we have to fall into crisis to narrowly avert the emergency, or so it seems.

We venerate leadership even though many of today’s challenges, including business challenges, are often too complex and may not yield to the exercise of leadership alone.

Maybe it’s a bit dangerous to believe we need to be led by what we perceive to be leadership qualities possessed by real leaders. Our colleges and universities talk about training “the leaders of tomorrow”. Academics study leadership in think tanks, Ph.D.’s are conferred in “leadership and change” and leadership experts talk about it endlessly on YouTube.

Historians have recounted the lives and decisions of individual leaders for over a century. Still, it often doesn’t add up to the description we seek in order to say that someone really owns leadership, change and innovation qualities.

Someone once said that writers on leadership have defined it in more than 200 different ways. Is it the simultaneous possession of decisiveness, flexibility, being visionary and open-minded? “Leader” has come to mean all things to all people. Then, when you throw in the terms charismatic and bureaucratic you create a confusing situation – a central conundrum.

Major business magazines often describe leaders as coming to a company’s rescue. Many underperform and are quickly fired – to eventually be replaced by the next rock-star – who with the strength of personality is believed to be able to subdue the forces that shape the company’s fate.

A recent study indicated that two-thirds of executives say that leadership development for succession management, is their number one “human capital priority”. Another study found that American companies spend almost $14 billion dollars annually on leadership and innovation training conferences. I wonder how much of that gets wasted?

Of course, we all know that many participants in these innovation-leadership conferences come back to their businesses either ultimately unwilling or unable to execute change or innovation after all the “rah-rah” about thinking differently about their business, preparing for the future, elevating, empowering, and inspiring those around them to do extraordinary and innovative things. It’s a depressing thought that, at best, the time and dollars invested may only pay-off in mixed results.

Have you noticed that, interestingly, even in this election season leadership is an especially useful term for politicians? Somehow “expertise” and “experience” become virtues with downsides. Leadership seems to sum it up better, although in a vague way – everything that’s desirable in a person and none of what’s not. Our usual “filters” seem to have become clouded.

I tend to foster a process model of innovation-leadership; acknowledging that being a leader isn’t about identity, but rather a “set of actions”. It’s not necessarily someone you are. It’s something you do – and it can be learned(although limited, importantly, by the traits you may possess).

Despite some excesses in his approach, the often cited Steve Jobs is a good example of process change management. Time and again, he gathered intelligence about the future, surveyed the competition, set goals and assembled teams. He tracked projects (sometimes excessively intervening), and followed-through, but not without considering even the minute details of marketing and channel sales. It was a thoughtful involvement in every step of an expansive leadership and innovation process. Now of course, we also know he was a genius. Most of us are not.

However, it’s reassuring to know that even if we are not blessed with leadership charisma or genius, one can master the leadership events of an unfolding process – upon which others can coalesce.

So what makes a change and innovation leader?

This is where the “trait model” comes into play. The “science of leadership” has long described personality traits as the “hard-wired preferences” – your style, so to speak. It seeks the components of “the right stuff”; extroversion vs. introversion. These traits are the gems of knowledge we can learn about a person’s personal attributes – their disposition. They can be learned, quite accurately, through assessments. For example: results orientation, attention to detail, communication, influence and empathy, etc.

While it makes sense, it always seems a bit too simplistic to me. It seems that something more in the way of skills is needed. When you do come back from that innovation-leadership and transformation conference – what will you be inclined to do that’s transformative? Anything?

I truly believe that what is often missing in this change and innovation leadership conversation is the emotional intelligence (you’re EI, not your IQ) and critical thinking skills possessed by leaders or leader-candidates; that is what will set star performers apart from the rest who will never execute very well in the disruptive environment. These attributes can be more predictive of the ability for change and transformation than personality alone.

Now of course we want leaders who radiate authenticity and authority; it’s why we respect them as leaders. At other times, though, we want leaders who see themselves objectively, who can resist the “pull” of their own charisma, who may even doubt the “story” they’ve been rewarded for telling. Sadly, these are the characteristics we often ask our leaders to hide.

Business competencies such as strategic thinking, innovation, dealing with ambiguity, and sorting through the clutter are built on critical thinking skills and often refined by our personality attributes. It asks us to develop emotional and intellectual distance between ourselves and ideas, in order to better evaluate their truth, validity, and reasonableness.

Granted, emotional intelligence and critical thinking seems to be a bit of an intangible (it’s less hard-wired). But it does describe well the critical competencies that serve to address core leadership requirements; 1) your personal competence (self-awareness and self-management) and (2) your social competence (social awareness and relationship management).

So, it can be a bit confusing, a different way of thinking. Emotional intelligence and critical thinking is a different way to explain what makes us tick and how innovative and transformative we will be. It’s how we manage our behavior, navigate the social complexities of our companies and the personal decisions we make that ultimately achieve the positive results we seek personally and professionally. It’s a focus on our interactions with other people while staying aware of our emotions and managing our behavior and tendencies. It’s how we guide people towards that change and innovation we seek. 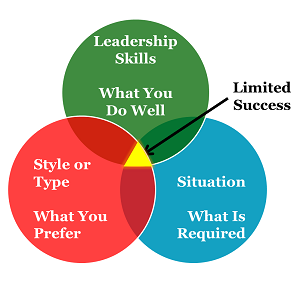 This is what often these change and innovation conferences completely miss. They are just not structured that way. They are tuned to give you some “cool tools” to develop a business-change thought process, as it relates to your business, then sends you off with an emotional reaction (excitement), hoping and expecting you to implement it before your rational mind is able to engage – to kick in a new behavior for actions in the future. Ultimately you must seek out further personal development somewhere else.

Emotional intelligence and critical thinking is a balance between the rational and the emotional. Only then can you rid yourself of the old destructive thinking and behaviors, or at least limit the use of them, so as to move in a new direction.

Ultimately, the concept of change and innovation, in your business, is valuable only if you can truly provide the type of leadership required.

Howard Coleman is a Principal at MCA Associates. MCA Associates, a management consulting firm since 1986, works with wholesale distribution and manufacturing companies that seek and are committed to operational excellence. Our staff of Senior Consultants provides operational excellence – thought leadership - and implements continuous improvement solutions focused on business processes, inventory and supply chain management, distribution center/warehouse design and productivity improvement, sales development and revenue generation, information systems and technology, and organizational assessment and development, including family-business succession planning. MCA Associates may be contacted at 203-732-0603, or by email at [email protected]. Visit our website at www.mcaassociates.com.
View all posts by Howard Coleman →

Are You Engaging Your Employees? Some Signs and Strategies
The Importance of the Present Moment!