Office Security Features That Will Not Fool Burglars

Contributed by Shane Avron on May 10, 2016 in Operations & Supply Chain 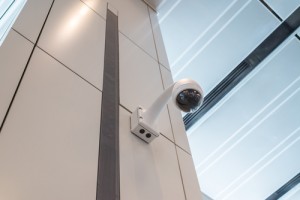 In order to keep their offices seemingly safe and secure, business owners often spend a lot of money on “fake” security products that are designed to fool burglars. While these security measures have great intentions, most burglars are well aware of product impostors. To keep a retail location as safe as possible, consider doing away with the following dubious-at-best security measures:

Realistic-looking security cameras designed to look like the real thing and allegedly scare off burglars. However, as Viewpoint CRM notes, these “dummy” cameras assume that the bad guys are also dummies — and in most cases they are not and can spot a fake camera a mile away.

In addition, fake security cameras look less than professional and often provide a false sense of safety to business owners, something that may come back to bite them in the form of a break-in.

Ironically, one of the features of a dummy camera — a red blinking light — is what tips burglars off to the presence of the fake equipment. Very few security cameras have blinking lights, so it is extra easy to spot the dummy models.

Instead of wasting money on ineffective fake cameras, consider investing in the real deal.

Business owners often arrange for landscaping to be placed right up against windows of the building, thinking that the bushes and shrubs will prevent burglars from gaining access to the office or store. Unfortunately, most police officers agree that buildings surrounded by hedges and shrubs are ideal for burglars, since the greenery will screen them from the prying eyes of passers-by.

Managers who want to have bushes and shrubs near the building should choose thorny varieties such as roses and bougainvillea and then make sure they are trimmed to 3 feet or shorter.

When you purchase a real alarm system, the company will usually give you a sign that displays the name of the firm as well as stickers that go on the windows. Some business owners think they can save a lot of money by purchasing signs that boldly announce that the premises are being guarded by a security company — except in this case, there is no such company or system in place.

Fake security system signs might ward off a small percentage of burglars, but not all of them. In many cases, bad guys case an office for a while before breaking in, and they have access to Google like the rest of us. It’s easy for them to look up the company name on the fancy signs and quickly realize that there is no such security firm.

As is the case with dummy cameras, managers should spend their hard-earned money on an actual alarm system. In addition to working with a reputable company to purchase and install a system that is linked to the local police department (who will also alert them in case something is amiss), business owners can add layers to the building’s security by installing good locks and making sure windows and doors are closed and locked at the end of the day.