How Route Optimizing Works and What It Means for Courier Services

Contributed by Shane Avron on August 27, 2020 in General 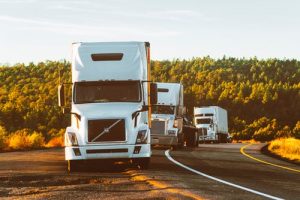 Route optimization helps courier services to determine the most efficient routes possible for reaching their destinations, and is used in all types of courier and delivery industries, including logistics, transportation, and last mile delivery services.

One of the primary benefits of route optimization is a cost reduction in incurred expenses from time spent traveling, including driver hours, fuel costs, and needing less fleet. It’s said that advanced routing optimization software can reduce transport costs by 10–30 percent. This is significant for an industry where fleet maintenance costs an average of $5,000 to $8,000 per year, annually.

In this article, we’re going to explain how route optimization software works, and the benefits it offers to courier services, whether it’s large-scale operations, or a local courier business you’re launching in your hometown.

Why not just use Google Maps?

Rideshare services like Uber and Lyft drivers may be able to use standard GPS platforms like Google Maps, because they are individual drivers, and are typically just using the free GPS mapping apps available to everybody.

This works for the average driver, and even for ridesharing services where individual drivers are concerned, but it does not offer all the features you’d want in a specialized, commercial route optimization software, such as predicting the shortest route for multiple destinations in a hassle-free way.

For large-scale industries such as courier and logistics, Google Maps API also has significant limitations on the amount of requests sent per 24-hour period, and you will end up paying for anything that exceeds the quota of your Google Maps APIs for Work license.

In order for a courier service company to successfully employ route optimization, it must first compile a database of all of its business routes. Route optimization software will then use the provided data to predict the most efficient routes. This involves the simulation of various scenarios, based on Vehicle Routing Problems (VRPs).

These VRPs will typically include, but are not limited to VRPs with:

Courier companies have a difficult workload, in that they must maintain overhead and business expenses including wages, taxes, vehicle maintenance, and more. As mentioned earlier, route optimization software helps to significantly reduce some of those expenses, primarily by reducing travel time in a major way. Because it all goes hand-in-hand, cutting vehicle travel down by 20 – 30% equals fuel cost savings in the same ballpark figure.

Aside from reduced costs, route optimization software also saves the company time, particularly in planning and coordination. Planning deliveries can take hours of strategizing when you need to account for traffic, weather, construction, the number of stops, and other factors that can ultimately increase the amount of time spent in planning.

If you have a database of addresses that your courier service needs to make deliveries to, you just import that database into the routing software, and typically you’ll have the most efficient results in less than a minute.

Of course, you may still run into the problem of drivers being unfamiliar with locations, which is where GPS comes in handy. Routing software typically features real-time GPS that is not only viewed by the delivery driver, but can also be viewed by the dispatchers as well. This allows you to make sure your drivers are on the correct path, and are sticking to schedule.

Shane Avron is a freelance writer, specializing in business, general management, enterprise software, and digital technologies. In addition to Flevy, Shane's articles have appeared in Huffington Post, Forbes Magazine, among other business journals.
View all posts by Shane Avron →
How Do We Create a Customer-centric Culture?
What Fintech Can Offer Small and Mid-size Business in 2020