Contributed by Shane Avron on March 13, 2019 in General 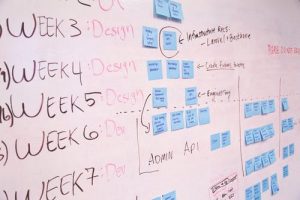 Being punctual is a desirable trait to have in a person because it shows self-discipline as well as respect to the people that you are meeting. However, there are some industries like logistics, military, medical and especially in the AEC (Architecture, Engineering, and Construction) where being on time is not desired, it is required.

One of the key indicators for success in the AEC industry is being able to finish the project on time. A late project can cost a lot of money that can be taken out of the contractor’s pocket, it can cause lawsuits, and it can cause irreparable damage to the construction firm’s reputation. Given that construction companies, most of the time depends on their good reputation to get projects, this can be one of the worst consequence of a project delivered late.

There are many examples of a big construction project that was infamously late, but the latest one is the Berlin Brandenburg Airport which is handled by Flughafen Berlin Brandenburg GmbH. The construction started in 2006 and was set to open in 2012. But, due to poor scheduling and other circumstances, the airport is now poised to open in 2020. The airport had an initial budget of 2 Billion Euros, but by the time it will (hopefully) open, the cost is going to be an astonishing 7.3 Billion Euros.

One of the sure-fire ways to make sure that time-sensitive projects get finished on time is to use scheduling. There are many scheduling methods that are used, but the two most utilized and well-known ones are the Critical Path Method and the Gantt Chart.

The CPM or Critical Path Method was developed sometimes in the 1950s by Morgan Walk and James Kelley Jr.  The term “critical path” was actually coined up by the people who developed the Program Evaluation and Review Technique (PERT) Method. The PERT Method is another type of scheduling methodology, but we will not be discussing it in this article.

The CPM method is used in a variety of industry which includes aerospace, product development, military defense, and the AEC Industry to name a few.

This type of scheduling technique is widely used in the AEC industry especially in large construction projects not only because of two reasons: 1.) It’s an effective method in making sure that the project gets finished on time and 2) It’s a legal standard in measuring delays.

CPM is complicated, and it takes professional schedulers years to study it, but we’ll try to explain the main essence of how it works without resorting to complicated jargon.

Every task has essential steps that are needed so that it can be completed, and without these steps, the project can never be a success.

To illustrate, let’s take frying eggs as an example. If you had to teach someone how to fry an egg, your recipe would look something like this.

In addition to these three steps, you can add more steps so that you can get a perfectly fried egg. Maybe you can put salt and pepper on it, or maybe flip it to make sure that it is fried well.

The bottom line is that even without the additional steps of seasoning and flipping it, you still get a fried egg. Maybe not a very good one, but still, it’s a fried egg.

But, if you skip any one of the three steps, you’ll just end up with a cold pan and eggs.

The three actions: Taking an egg, heating the pan as well as adding oil, and cracking the egg are the critical steps needed to complete the task of frying an egg. And this is what the CPM method is explained very simply.

Another scheduling staple used in project management is the Gantt Chart which is named after its inventor – Henry Laurence Gantt who was a management consultant and mechanical engineer. Gantt charts were first used in big construction projects like the Hoover Dam located in Nevada 1931 and the US interstate highway network in 1956.

At its very core, it is a bar chart that shows all the activities and the length of time needed for it to be completed. A Gantt chart is also the final output of the CPM.

By looking at the bar chart, one should be able to see the following:

So now that you know what CPM and Gantt charts are and how it works, now what? How do you use these concepts in the real world? These two methods are the core techniques used in scheduling software programs so you don’t have to painstakingly make and analyze a schedule yourself.

There are many kinds of scheduling software programs, but in construction, it is used by construction professionals to forecast, organize and assign resources.

Today, scheduling programs are cloud-based and come in all types that range from free and simple ones to complicated and paid ones. It also comes as a stand-alone program or a module that makes up a construction project management program.

With all the scheduling programs that exist in the market, how do you choose the best one for your company? The first thing to do is to find out what kind of scheduling your company needs, from there you’d be able to see if a free scheduling software will suffice or if you need to shell out a bit more and get the more sophisticated ones.

The second thing that you can do is to read software reviews. Software reviews are a good way to find out other people’s experiences in using a particular software – whether it’s trying to find the best construction drawing management software, the best scheduling program, or whatever software it is that you want to get.

Shane Avron is a freelance writer, specializing in business, general management, enterprise software, and digital technologies. In addition to Flevy, Shane's articles have appeared in Huffington Post, Forbes Magazine, among other business journals.
View all posts by Shane Avron →
When FAST Beats SMART: The Strategic Method to Goal Setting
Need to Manage Conflict at the Workplace? Use the Thomas-Kilmann Conflict Mode Instrument (TKI)