Did you know?
The average daily rate of a McKinsey consultant is $6,625 (not including expenses). The average price of a Flevy document is $65. 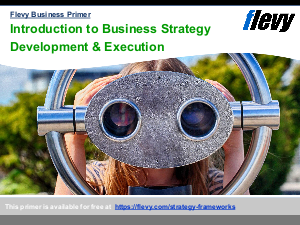 What's the value of Strategy without proper Execution? This 54-slide presentation introduces 12 powerful frameworks spanning both Strategy Development and Execution.

Become your organization's resident expert on...
Interested in something else? Browse our 350+ Business Toolkits of best practices, each focused on a specific management topic.