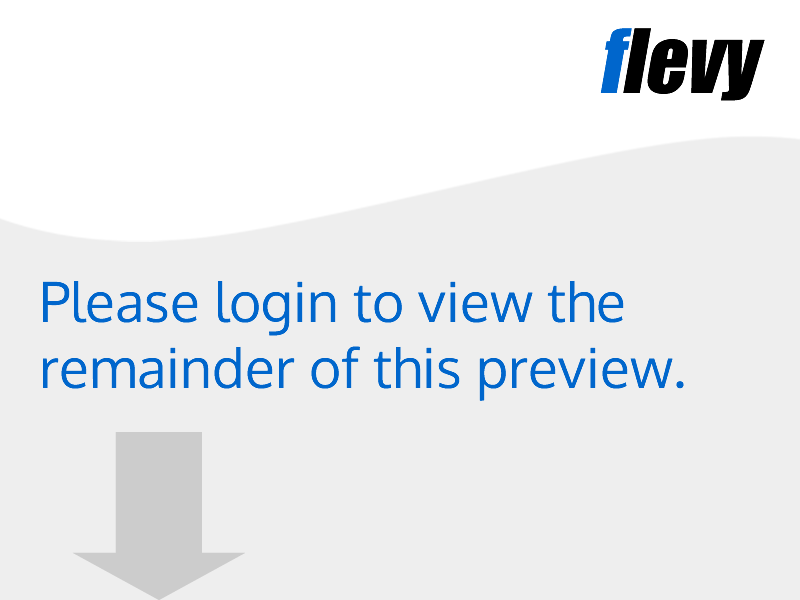 Please register (it's free!) or login to view the remaining preview.
Save to List

Please login here to save this document to a list.

If you don't have an account, you can register for free here.

This product (The Productive Solopreneur) is a 51-page PDF document, which you can download immediately upon purchase.

Being a solopreneur means being an entrepreneur that runs everything themselves. There are countless advantages to this kind of business model, and thanks to the web, it's now more feasible for more people than ever before.

The notion of running an entire empire single-handedly would have seemed like an impossible pipe-dream only a few years ago. Today though, this is what more and more people are living as their reality. The internet is such a powerful force multiplier that it allows many people to truly become "digital polymaths."

Take video game development as a perfect example. Once upon a time, during the days of the ZX Spectrum and other early hardware, it was possible for a single developer to create a game in their basement and release it to the world to mass acclaim. But then computers developed further, and computer game graphics became photo-real. Today, the budget for a "AAA" title is gigantic, and the projects require thousands of people working around the clock for years. For many years, it was impossible for a single developer to compete with the major game studios. But then things changed.

Tools like Unreal Engine and Unity provided ready-made physics and graphics rendering pipelines, even providing drag-and-drop interfaces for developers to streamline production. Then came freely available assets such as 3D models, music, textures and more: created by the community and distributed with a creative commons license. Often these were free.

Suddenly, a single developer could leverage powerful tools and the hard work and creativity of the community to develop a game that would look almost as graphically impressive as something built by a much larger studio.

And slowly, the industry saw the rise of the "indie developer." Solo projects like Hyper Light Drifter, Undertale, Minecraft, Thomas Was Alone, Stardew Valley, Spelunky, Braid, Cave Story and others have gone on to sell millions of copies!

Then there are the distribution platforms that allow individual creators to upload their projects to be easily discovered. There are video and photo editing tools that make it easier than ever before to create marketing materials. And there are forums, social media platforms, and SEO, that help creators to reach a massive audience.

A single person can be an entire games business. And by taking this route, they can potentially reap HUGE rewards. Not only do they get to bring to life their creative vision, but they also get to take home all of the profit for themselves.

Building a game is not an easy project, though. It still requires a huge amount of hard work, coding skill, passion, and creativity. The most successful indie games also manage to sidestep the issue of "photorealism" with striking graphical styles that help them to stand out, while also reducing the amount of work necessary for the creator.

But this is just one example of how tools can empower individuals to take on much larger organizations. There are countless other examples of this: from owners of successful blogs to creators of highly popular YouTube channels. You can be an affiliate marketer. You can make money reselling hats or any other physical product.

The latter is a business model that has been particularly transformed by the power of the web: thanks to sites like Alibaba it's now possible to work directly with manufacturers that will produce your products and then deliver them directly to your customers. The best part is that they don't even reveal themselves, meaning that, as far as the customer is concerned, you have your own factory!

Any of these business models are available to the proactive individual who is willing to learn and who knows how to spot an opportunity. With a little creativity, you can even create your own business model that simply didn't exist before!

This ebook contains the following 8 chapters:

Chapter 1: Why Solopreneurs Struggle With Burnout
Chapter 2: Nootropics and Nutrition
Chapter 3: Better Sleep For Optimal Performance
Chapter 4: Creating an Optimal Work Environment
Chapter 5: Work/Life Balance for The Solopreneur: Getting it Tight!
Chapter 6: Why Meditation is The Solopreneur's Secret Weapon
Chapter 7: Delegation, Outsourcing, and Automation: How to Earn More and Work Less
Chapter 8: Build The Lifestyle That Will Make You Happiest .

Got a question about the product? Email us at support@flevy.com or ask the author directly by using the "Ask the Author a Question" form. If you cannot view the preview above this document description, go here to view the large preview instead.

ABOUT THE AUTHOR: GRANT STANLEY

As a Synergist that connects upwards and downwards cross functionally, my Leadership Brand is building an all-inclusive environment with a diversity in cultures, experiences and genders, delivering high financial performance built on key pillars of Customer Centricity.

Target-oriented Sales and Marketing Expert with a 24-year outstanding Sales and Marketing record. Proven success in both B2B and B2C verticals. [read more] Growing BT' client base from 30% to 76% (BT Phone book) within one year. Increased sales by 40 percent by implementing a new lead qualification tool. As a confident Networker, I bring to the table effective relationships with key senior contacts in FTSE 250 organisations.

I find pleasure in writing articles that support and innovate Businesses; by spreading my accumulated knowledge and assisting others to better understand the different subjects that drive the growth and development of people and organisations.

This business document is categorized under the function(s): Operations Strategy, Marketing, & Sales

It applies to All Industries

Purchase includes lifetime product updates. After your purchase, you will receive an email to download this document.

Ask the Author a Question

SELECT CUSTOMERS
Since 2012, we have provided best practices to over 5,000 businesses and organizations of all sizes across the world—in over 130 countries. Below is just a very small sample of our customer base.

Did you know?
The average daily rate of a McKinsey consultant is $6,625 (not including expenses). The average price of a Flevy document is $65.